Sega and The Creative Assembly announce the formation of a new action game franchise for all current-generation consoles.

"All of us at Creative Assembly are delighted to be working with Sega, who shares our vision of creating genre-defining games," said Tim Ansell, managing director of The Creative Assembly. "Spartan: Total Warrior is an original gameplay experience based upon dynamic, epic action-combat, and we could find no better global partner than Sega, who wrote the book on console gaming."

"With Spartan: Total Warrior, Creative Assembly has developed a title that offers both dynamic, real-time combat sequences and epic-sized battles: a combination that has never been technically accomplished on this generation of hardware," added Scott A. Steinberg, vice president of marketing, Sega of America. "This partnership underscores Sega's strategy to publish more great game content designed to appeal to Western gamers."

Unlike the Total War games, in which players assume the role of a commander in charge of huge armies, Spartan: Total Warrior will see players assuming the role of a single warrior looking to turn the tide of epic battles between mighty armies, mythical beasts, and legendary monsters. Battlefields in the game will include arid wastelands, large cities, dungeons, rugged mountains, and the Imperial Colosseum in Rome. Players will be able to perform combo attacks and finishing moves using both melee and ranged weapons in Spartan: Total Warrior, and they'll also be able to block attacks, use evasive maneuvers, and shield-charge enemies.

Spartan: Total Warrior is currently scheduled for release in September. We'll bring you more information on the game as soon as it becomes available. 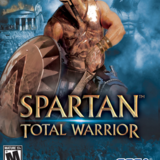