Ailin Graef--who is better known by the name Anshe Chung--works as a real estate developer. She buys property, develops it, resells it, and uses the profits to buy even more. Her business has rapidly snowballed, and she has just made her first million--although none of the "property" is real.

All the houses are virtual houses in the online game Second Life--where players create an avatar and can buy, redecorate, and furnish property; run businesses; and interact with other players. Now Graef has become the first virtual-world millionaire.

Graef started with an initial investment of just $9.95 and developed her fortune over 32 months. She worked along the same principles as real estate developers do--she began by buying small amounts of virtual real estate, which she then subdivided and developed with landscaping and "themed architectural rebuilds." She then resold or rented the property out for a profit.

Second Life has had a lot of publicity recently--companies including Dell and Sun Microsystems have held press conferences in the virtual world, where Reuters has a reporter covering goings-on. All this publicity has meant more curious gamers opening accounts and needing somewhere to "live" in the game--which is great news for real estate agents such as Graef.

The currency used in the game is called Linden dollars, and the exchange rate is around $1 to 275 Linden dollars. The average going rate for land parcels in Second Life is between $100 and $1,000 and players can also buy virtual clothes, furniture, and other accessories from a variety of in-game businesses.

Graef was born and raised in Hubai, China, although she is currently a German citizen. She now runs Anshe Chung Studios with her partner Guntram Graef--the company has a real office in Wuhan, China, and is currently recruiting to expand its workforce from 25 to 50.

She said she believed that the estimated valuation of her virtual assets was in fact somewhat "conservative" and that the actual value may be "significantly higher." She also owns virtual property in IMVU, There, and Entropia Universe.

She will be holding a virtual press conference in Second Life on November 28 to discuss her success. 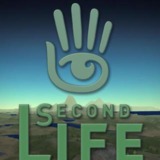