Kobe Bryant of the Los Angeles Lakers recently proved himself to be one of the most dominant offensive basketball players in history. Last Sunday, the shooting guard scored 81 points against the Toronto Raptors, second most in NBA history after Wilt Chamberlain's 100 points in 1962 against the New York Knickerbockers.

Now, NBA.com is asking gamers to replicate Bryant's feat in a basketball video game. The task is simple: Play NBA Live 06, NBA 2K6, or NBA 06 for the Xbox, Xbox 360, or PlayStation 2, and try to score as many points as you can with number 8 in the purple and gold.

The only restrictions are that quarters can be no longer than eight minutes (NBA regulation is 12 minutes), and the difficulty level should be set to at least one setting above the easiest level.

Provide screenshots of Bryant in action and a box score of the final stats as well as various tidbits about the game, and the legendary performance may be featured on NBA.com.

Figure out which button is shoot and get going. For more information, check out the rules at NBA.com. 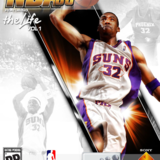