Developer Polygon Treehouse has confirmed that its atmospheric adventure game Roki launches on Nintendo Switch this fall. An exact release date has not been announced yet.

An adventure game set against Scandinavian folklore, Roki dropped earlier this year on PC; it's Steam user reviews stand at "very positive" as of this writing. You play as a young woman named Tove as she embarks on a wintry journey through ancient ruins and thick forests to save her family. You'll meet giant wolf-like beasts, terrifying tree monsters, and more as you solve the game's puzzles to unravel the mystery of her parents' disappearance.

Publisher United Label Games shared a new Roki trailer. It's a short, atmospheric video featuring voice-over about how "they were wrong" about monsters not existing, with some puzzle-solving and point-and-click elements scattered throughout. You can check out the trailer, which was unveiled during Pax Online 2020, below. There are also some screenshots you can view below.

Also out of Pax Online 2020 was confirmation that Gearbox's Borderlands 3 will launch on PlayStation 5 and Xbox Series S/Series X. The studio also announced that the looter-shooter will support cross-progression and cross-save support when it arrives on next gen hardware. 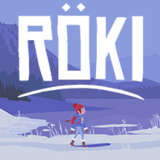