HTC is offering a small discount to Vive Pro 2 preorder clients if you allow them to send you regular newsletters.

The HTC Vive Pro 2 was announced earlier this week, but if you're already sold on what sounds like a significant upgrade to the already fantastic VR headset you can save some money on a preorder throughout the month of May. HTC is offering $50 off a Vive Pro 2 preorder if you sign up for its newsletter, while also throwing in a two-month subscription to Viveport Infinity for good measure. This offer is only valid until May 31, so you'll have to act fast. 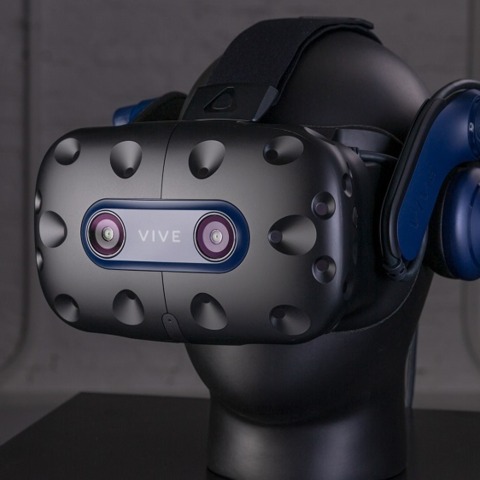 The HTC Vive Pro 2 is an all-encompassing upgrade to the company's flagship VR headset. The resolution on both eyes has been increased to 2448 × 2448, for a total 5K resolution across both. That will make details even sharper in all titles, which is important given how close the screen is to your eyes. Additionally, the headset will now feature an adjustable interpupillary distance mechanism, which will let you fine-tune the seperation between your pupils for the most comfortable fit.

The Vive Pro 2 comes with the same ergonomic design as the previous headset, with significant padding all around that will help you play for hours without strain. The adjustable fit allows for glasses, too, so you don't have to worry about getting prescription lens replacements as well. Of course, the headset also includes integrated headphones, which is always a nice touch. The Vive Pro 2 will be compatible with previous SteamVR tracking stations if you already have them, otherwise you will need to invest in those and Vive controllers for the full experience.

The HTC Vive Pro 2 is being sold as a standalone headset for now during this promotional period, however, so it's being marketed squarely at existing Vive owners for the time being. A full bundle including controllers and tracking stations is expected to release on June 4 alongside the standalone headset.