Save $30 On One Of Samsung's Fastest SSDs

The Samsung 980 Pro is one of the best NVMe SSDs on the market, and you can grab a full 1TB drive for less today.

Newegg has a big sale on a range of PC hardware today, with some great savings on all the bits you need to build or improve your PC. One of the best deals lets you save on Samsung's ridiculously fast 980 Pro M.2 NVMe SSD, which you can pick up for $30 off using offer code EMCXEWEX3 at checkout. This deal is also exclusive to the 1TB version, which makes it big enough for a games library you access frequently, too. 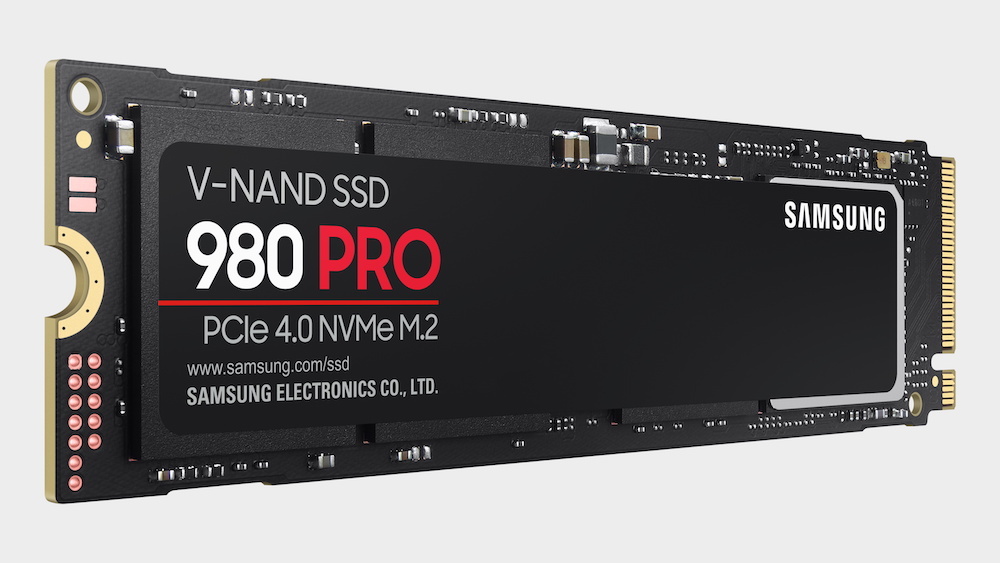 The Samsung 980 Pro M.2 SSD is one of the fastest that the company offers, making full use of the new PCIe 4.0 standard that both AMD and Intel CPUs support. This allows for read speeds of up to 7,000MB/s, and write speeds of up to 5,000MB/s. The great thing about the 980 Pro is that it's backwards compatible, too, meaning you can pop it into an older PCIe 3.0 motherboard and still reap some speed benefits while preparing you for any upcoming upgrade. The M.2 2280 form factor is also the most common out there, so you likely don't have to worry about support if you aren't immediately sure.

When it was announced, the 980 Pro was pegged as the first NVMe SSD that might be compatible with the PlayStation 5 for internal storage expansion. Sadly, Sony has yet to detail plans for any SSD compatibility, with the company expected to update this feature later this year. Without testing it's not certain that this will work with the PS5, so just be warned about that in case you're looking to get ahead of the curve.

If you don't need the raw speed of the Samsung 980 Pro, Newegg also has deals on a range of other NVMe drives that might hit the right balance of price and performance. This Seagate Barracuda Q5 1TB is on sale for $100 with promo code EMCEWEX54, while Western Digital's WD Black SND750 512GB drive is down to just $62 with promo code EMCEWEX56. You can also save on a range of G.Skill RAM, with a slew of options available from the highly-regarded TridentZ RGB series to the budget-conscious Ripjaws V series.