The Sony X80J isn't the top TV on the company's slate, but at this price is hard to argue against an upgrade to 4K.

Buying a 4K TV can seriously change your enjoyment of modern games, especially if you've already invested in particularly powerful consoles such as the PS5 and Xbox Series X. The higher resolution makes details pop, and the benefit of HDR can bring out details previously hidden to you in your favorite titles. That's why today's deal on a Sony 55-inch X80J 4K Smart TV is so enticing. Best Buy is knocking $200 off the price this weekend, bringing it into impulse purchase territory. 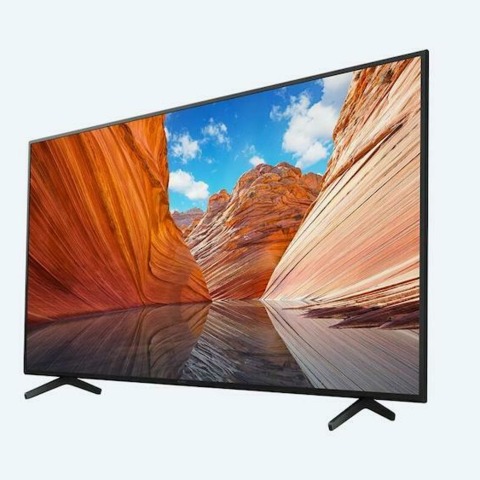 The Sony X80J can be described as an entry-level 4K set, but it comes packed with numerous features that make its low price feel like a steal. First and foremost is its ADS panel, which is pretty much as close to IPS as you're going to get without being IPS. That means you can expect rich colors and great viewing angles, as well as an extremely low response time of just over 11ms in Game Mode. You also get HDR and 10-bit color support, and while the absence of any local dimming feature dilutes this a bit, it's still a good upgrade over just an SDR panel.

In addition to its gaming features, the X80J also ships with Google TV--the replacement for traditional Chromecast support. That means you can expect to find apps like Netflix, Spotify, Amazon Prime Video, Disney+, and more at the touch of a button, while still being able to cast to the TV with a compatible smartphone or tablet.

If you're looking for something a bit higher up the tier list, you can check out our best gaming TVs guide for the best sets out on the market currently. And if you're perhaps looking for some games to pair with your new TV purchase, Newegg has several deals on Xbox digital games today, including Grand Theft Auto V, NBA 2K21, and even a saving on a Biomutant preorder with promo code EMCEWEY25.