Save $20 On FF7 Remake Intergrade For PS5, On Sale For Its Lowest Price Yet

The definitive, enhanced edition of Final Fantasy 7 Remake is now $20 off.

Final Fantasy VII Remake was easily one of the best games of last year, receiving a rare 10/10 from GameSpot, and with Intergrade, the upgraded PS5 version of Remake, you can return to Midgar with enhanced visuals and performance, new features, and a brand-new side story starring the ninja Yuffie. For those who missed out on Remake when it released on PS4, now's a great time to pick it up and experience the entire package in its best form, as Final Fantasy VII Remake: Intergrade just got even cheaper. It's on sale for $50, its lowest price yet, today--that's $20 off its next-gen list price of $70. 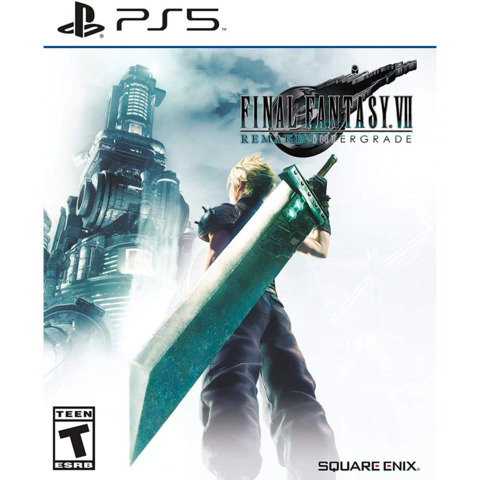 The deal is available at multiple retailers, including Amazon, Best Buy, and GameStop. In addition, you can pick up the PS4 base game on sale for $30--this includes the free next-gen upgrade with graphical and performance improvements, but it doesn't automatically get you the Yuffie DLC, which is $20 separately. Because of that, it's worth it to just buy Intergrade if you already own a PS5, though if you are planning to upgrade down the road and want to start playing right away, the base game is also worth it at just $30.

Check out our full Final Fantasy VII Remake review for more on the game as well as the improvements added with Intergrade and the Yuffie DLC. "Final Fantasy VII Remake was already a stunner of a game on PlayStation 4, but its PS5 upgrade, Final Fantasy VII Remake Intergrade, demonstrates just how beautiful a game it really is," wrote editor Phil Hornshaw in his update to our review. "Like many PS5 games, the upgraded version offers two graphical modes--one that provides 4K resolution and a lower frame rate, and the other that provides 60 FPS with a lower resolution. With either setting, Intergrade feels like a significant visual leap for an already gorgeous game, sharpening the impressive graphics and making for silky smooth battles."