Sauron In LOTR: Rings Of Power Will Show Up In An Unexpected Way, Showrunner Says

Sauron will appear in The Rings of Power, but that's about all we know so far.

Amazon Studios' upcoming Lord of the Rings TV series, The Rings of Power, is set during the Second Age and will touch upon, among other things, the creation of the One Ring. One of the villains is Sauron, the infamous Middle-earth bad guy. He will appear in the show, but don't expect the reveal to be predictable.

"We can say that when he appears, it might be in a way people aren't expecting" showrunner JD Payne said in the latest issue of Total Film.

The San Diego Comic-Con trailer for The Rings of Power revealed a character played by Anson Boon that people believe is Sauron, but Amazon has not confirmed this. In the Second Age, Sauron was known as Annatar. He can shapeshift, which compounds the difficulty of spotting him.

In any event, here is a still from the trailer that shows Boon as a mysterious character:

Sauron was shown in a flashback scene at the start of Peter Jackson's The Lord of the Rings: Fellowship of the Ring, but fans should not expect the TV series to tread the same ground as the films.

"We weren't interested in doing a retread or a prequel," Payne said. "We were never thinking, 'Come watch our show because we'll give you a whole lot more of that.' We wanted to tell a story that would stand on its own two feet."

Also in the magazine, it's confirmed that Season 1 alone has more than 9,500 visual effects shots, so fans should expect to see plenty of CG.

Comic-Con 2022: Everything We Learned About Lord Of The Rings: The Rings Of Power 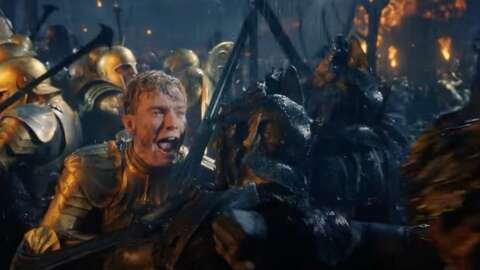 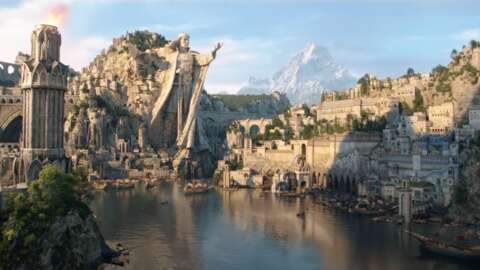 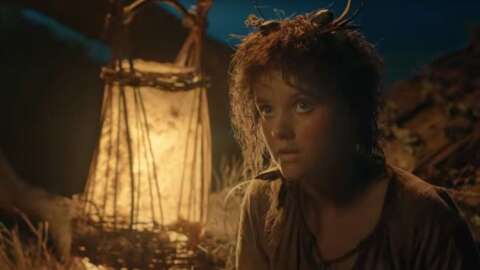 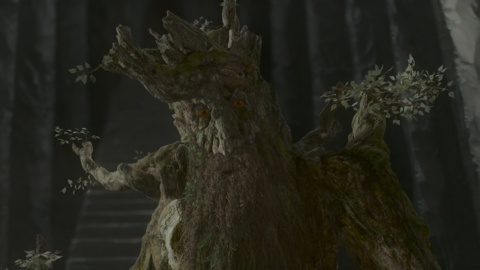 The Rings of Power premieres September 2 on Prime Video. Check out the gallery above to learn more about what we found out about the show at Comic-Con recently.

View Comments (36)
The Lord of the Rings: The Rings of Power