The new Samurai Jack game will release soon for Switch, PS4, Xbox One, and PC, and will tie a bow on the series.

Adult Swim Games has announced a release date for Samurai Jack: Battle Through Time, and it's not far away. The game will launch on August 21 for Switch, PS4, Xbox One, and PC through both Steam and the Epic Games Store. The game, which is developed by Soleil Games (Naruto to Boruto: Shinobi Striker) will retail for $40.

The game, which is writen by Darrick Bachman (head writer of the series), follows Jack after he's trapped in an alternate timeline during their final battle. Jack has to return to his own time, which means teaming up with his friends in this other timeline and defeating enemies that series fans will likely recognize.

The release date trailer, below, shows Jack battling using a variety of different weapons, including a gun. There will be over a dozen weapons in the game. It also looks like you'll be able to play as both the traditional, clean-shaven Jack and the more ragged version of the character from the show's final season.

You'll be able to unlock new combos and upgrade skill trees as you play. More of the game will be shown off during Adult Swim Con, which runs online from July 23 to 25.

Some new screenshots have been released too, showing off the game's great cartoon aesthetic. You can check them out below.

The last Samurai Jack game released was 2004's Samurai Jack: The Shadow of Aku, released for PS2 and GameCube. Samurai Jack ended in 2017, following a 13-year gap between Season 4 and Season 5. 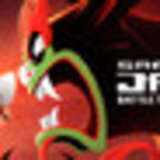