Sam Fisher is a Double Agent

It's official: Sam Fisher is working for the bad guys...sort of. Ubisoft has made public the name of the fourth game in its Splinter Cell series, and it may lead some to think Sam has gone to the wrong side of the law. Tom Clancy's Splinter Cell Double Agent is "coming spring 2006 to consoles and PC."

The game's plot has been hotly debated on the Internet ever since pictures from Ubisoft's teaser Web page were leaked. The images showed an older Fisher with a shaved head in a mug shot, blueprints for banks, and a psychological profile that read, "Fisher had little or no regard for civilian casualties," leading many to believe that the superspy was so distraught by the loss of his daughter that he went on a bank-robbing spree.

The truth, it turns out, is another win for the good guys. In an e-mail sent out by Ubisoft, some information sheds some light on Sam's recent actions. It turns out that Fisher must "infiltrate a vicious terrorist group and destroy it from within" in order to "stop a devastating terrorist attack on American soil."

Earlier today, pieces of info on the Web site indicated that Fisher indeed spends time in jail, helps a fellow inmate break out with the help of a prison riot, and is later offered a job in return. The site now shows four mug shots with the warning "beware"--one of Fisher, and three of additional characters.

Gameplay and features of the game are still under wraps. GameSpot will have more details on Splinter Cell Double Agent as they are announced. 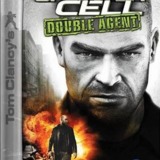