Players can earn a fancy cape and armor in the Grand Party celebration event.

Developer Jagex's long-running MMO RuneScape has hit a milestone that contemporaries such as World of Warcraft or Final Fantasy XIV have yet to achieve. Having launched on January 4 all the way back in 2001, RuneScape is officially 20 years old today and continues to still draw a sizeable crowd to its servers.

With the game having been played for 7306 days across 300 million player accounts, RuneScape saw impressive growth in 2020 with a record 1.2 million users subscribing and millions of other players trying the game out in its free-to-play form.

To celebrate its 20th anniversary, players will be able to participate in the Grand Party, a birthday event that has its own series of associated questlines and includes the return of iconic RuneScape characters such as the Wise Old Man and the Sandwich Lady. Players can also unlock a fancy new cape and armor.

"20 years is a massive milestone for Jagex and the games, and I thank our players for being on this incredible journey with us," Jagex boss Phil Mansell said.

"RuneScape has come a long way since 2001 when it was launched by a small team of visionary game developers. As we continue to make the RuneScape universe more accessible to more players all over the world, we'll celebrate throughout 2021 with one of the most content-rich years for the games ever."

2021 will also see the launch of RuneScape for iPhone and Android devices. Announced back in 2017, this version of RuneScape will include crossplay functionality with the PC version of the MMO. 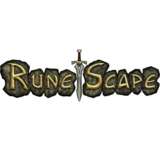