The official story: "Microsoft does not comment on rumors or speculation"--Microsoft spokesperson.

What we heard: As the week began, a photo began to circulate around the Web, which purported to be of the next-generation Xbox. Looking like a game-geek version of the famed Loch Ness Monster photo, the showed a slim silver-gray console on its side, PlayStation 2 style with a GameCube-like curved handle. It also had a distinct "X" logo on the side with a 360-degree circle at its center. While some dismissed the device as a modded PC case, others felt that they had seen it somewhere before. That's because they had. Last September, an image was reportedly leaked from a Microsoft focus group, one of which was called the "Xbox FS." Since the name rumored to stand for "F*** Sony," many people laughed off the silver-gray image that accompanied it. However, when flipped on its side and put next to this week's photo, the two are clearly the same machine--a machine very much like one with a "concave center" described in recent reports in the British games press. But perhaps the most convincing proof came in the form of an image from the teaser site Ourcolony.net. The site, which has been linked to Microsoft and has "leaked" images of what appears to be Xbox 360 controllers, released a photo of what looks like a console with the same silver finish as the concept image and leaked photo. One last bit of circumstantial evidence is that the new MTV trailer for the Xbox's unveiling ends with the Xbox's new logo--against a gray, not black, background.

[UPDATE] Within 24 hours of posting this story, the Web was rocked by three more Xbox 360 images--at least one of which was "leaked" from Ourcolony.net. The new image showed a very different-looking console than the one first featured in RC, a sleeker device with slots for two 64MB memory cards and what appears to be a detachable 40GB hard drive (mentioned in this week's rumor #3). We were also contacted by a source close to Microsoft that verified the first image was indeed of a working Xbox 360 prototype--one of around a half-dozen designs--but not of the final console.

Bogus or not bogus?: Given the mounting photographic evidence, this is looking pretty Not Bogus. But we won't know for certain until the machine is unveiled May 12 on MTV.

RUMOR #2: The Nintendo Revolution console will be on full display at E3.

Source: A long daisy chain of articles, most of which stem back to either Eurogamer.net or GamesRadar.

The official story: "Nintendo does not comment on rumors or speculation"-- Nintendo spokesperson.

What we heard: Ever since last week, the Web has been bubbling with conflicting rumors about whether or not Nintendo will unveil the Revolution at E3. GamesRadar cites sources that "suggest that nothing more than a few rolling videos of in-development titles will be available." Others say the only thing MIA will be the Revolution's controllers, which are rumored to feature everything from gyroscopes to touch screens. GameSpot's Japan correspondent gave that latter theory some ammunition, pointing to an article on Japanese fan site Nintendo Inside. "The [Japanese] article emphasizes only the part about the Revolution controller being a no-show, citing previous comments from [Nintendo president Satoru] Iwata, who said before that the Revolution has a unique controller he doesn't want copied by other companies," he said. However, the question remains exactly how much of the Revolution E3 attendees will actually see. In January, Iwata flatly said the console will be unveiled at E3. The following month, Nintendo publicity chief Ken Toyota backpedaled, saying, "E3 will be the starting point for the Revolution. [We haven't decided] whether we will show the real machine, videos, or unveil the concept. We want to receive some level of evaluation, but releasing too much information is also another issue."

Bogus or not bogus?: Some form of Revolution tech and demos at E3 = not bogus; A console complete with controllers at E3 = bogus.

The official story: "By Jove, they're right! We cop to everything! It's all true"--Microsoft spokesperson.*

What we heard: While the idea that there would be several models of Xbox 360 has been floating around for months, recently one rumor has begun to gather steam. The latest scuttlebutt has there being two versions of the console: A bare-bones, $299 version that won't be backward compatible or have a hard drive. For $100 more, you'll get a backward-compatible Xbox 360 bundled with an external hard drive and a WebTV peripheral that allows users to browse the Internet on their televisions. An intriguing theory to be sure, but is there any proof? Not until E3, unfortunately.

Bogus or not bogus?: Would not be surprising, definitely.

RUMOR #4: Tecmo is reengineering Ninja Gaiden to be an Xbox 360 launch title.

Source: A now-yanked listing for a "Ninja Gaiden Black" on EBgames.com (though you can still see the name in the page subject line).

The official story: Tecmo did not respond to requests for comment.

What we heard: So, as many of you know, Ninja Gaiden kicks 12 kinds of ass. The Tecmo game was one of the most highly acclaimed games for the Xbox last year, as evidenced by its popular Master Ninja Tournament and two Hurricane Pack updates on Xbox Live. So when EBGames started listing a "Ninja Gaiden Black" product page, every Ryu Hayabusa wannabe started salivating--and wondering what the title could be. Many speculated that, since the game already pushed the graphical limits of the Xbox, the Black edition was a reengineered version for the Xbox 360. However, given the fact that it was an Xbox product list, a more likely scenario is that Ninja Gaiden Black will be a "Gold Edition" of the intense actioner and include the two Hurricane Pack updates for the Xbox Live-agnostic. Either way, we'll find out soon.

RUMOR #5: Sony has deliberately underclocked the PSP processor to save on battery life.

The official story: Sony did not respond to requests for comment.

What we heard: The last week saw forums aplenty erupt with word that the PSP had been underclocked as to allow for a longer battery life. According to one Australian's blog--which, for reasons that will never be adequately explained by God or science--that surfaced this week, "The CPU core is currently locked to a maximum clock speed of 222MHz, and the bus (typically operating at half the CPU speed) is locked to a top speed of 111MHz... The advantage of having configurable clock speeds in a portable device is that power consumption can be controlled by adjusting the clock speed to the demands of the software at any given moment." What's wrong with that? Well when Sony announced it last year, the PSP had a processor speed of 333 MHz. And, as pointed out by GameSpot Hardware's PSP 101 FAQ back in February, "The [PSP] system throttles down the CPU speed to conserve power. Software developers tell us that 222MHz is the current magic number for the CPU."

Bogus or not bogus?: Not bogus, but not news either.

*NOTE: Actual response was, "Microsoft does not comment on rumors or speculation." 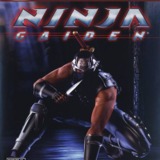