[UPDATE] This week: Halo 2 trailer rumors, the Killzone non-delay, and Age of Empires 3.

Rumor #1: Bungie Studios' next project will not be Halo 3.

Source: A lengthy and informative article on News.bbc.co.uk.

The official story: "We are very excited about and focused on the November 9 launch of Halo 2 and have not announced plans for or against another sequel." --Spokesperson for Microsoft, which owns Bungie.

What we heard: In the BBC article, Bungie studio manager Pete Parsons talks about the upcoming sequel. Besides saying it will be mercifully free of the first game's repetitive levels, he talked about its in-depth storyline. "We have several-hundred years of Halo fiction laid out," he said, referring to more novels based on the game and a possible Halo film. But when asked about Bungie's next project, Parsons said that "after Halo 2 [Bungie is] planning to do something different. [It] will do something else and [has] a few ideas." This one line had Halo fans raging on forums about Covenant conspiracies--and Microsoft doing some major spin control. Add to that the persistent rumor that many Bungie staffers are planning to join their former boss Alex Seropian at Wideload Studios when Halo 2 ships. If that comes to pass, the Bungie that would make Halo 3 could be a very different animal. [UPDATE] Also keep in mind that last October, Microsoft's Steve Ballmer said that Bungie was already "working on Halo 2 and Halo 3."

Bogus or not bogus?: Not bogus, if you take Parsons at his word. However, with Halo 2 preorders reportedly topping 2 million, you can bet a third game in the series will arrive sometime.

Rumor #2: A second cinematic trailer for Halo 2 has been screened to select audiences.

Source: The forums on Team Xbox.

The official story: Microsoft had not commented as of press time.

What we heard: According to the spoiler-packed Team Xbox post, the trailer begins with high-graphics shots of a leveled city on Earth. Stomping through the smoldering ruins is a Covenant "walking transport" similar to a "giant Star Wars AT-AT with a huge gaping mouth with massive ships coming out." Some of the new vehicles were described as more "boxy" than previous Covenant craft. More important was the summary's mention of the Covenant Prophets, the religious leaders of the multiracial, interstellar theocracy. Glimpsed only briefly, the prophets are said to play a key role in Halo 2, and, according to the Team Xbox leak, they speak English rather the Covenant language uttered by grunts and elites. If true, this could add ammo to the theory that humans are indeed, the "founder" race mentioned in the first Halo, as has been speculated by many hard-core fans of the game. Then again, it could be one of those same fans passing the time until November 9 by posting mischievous fictions on forums.

Rumor #3: Someone is making a video game that will feature the Sept. 11 terrorist attacks.

Source: The developer of the game, Germany-based Replay Studios.

The official story: GameSpot could not reach Replay officials for comment.

What we heard: When posts with headlines such as "9/11: The Game" started popping up on various forums, many thought the game would an offensive creation by terrorist sympathizers, similar to the (unfortunately) abundant suicide-bomber flash games. Like most things in life, however, the reality was much more complex. According to Replay, the game, entitled Survivor, "is a third-person disaster survival game with highly interactive locations, based on famous, authentic-historical disaster scenarios." This will not only include the horrors of Sept. 11, but also the 1985 Mexico City earthquake, the 1945 Hiroshima bombing, and the sinking of the Titanic. Why would anyone want to experience any of these hellish events? "We call this unique genre 'reality gaming,'" goes Replay's sales pitch. "[This] highly original single-player game concept has never been seen before." Incidentally, the highly original single-player game has not yet found a publisher.

Rumor #4: Killzone has been delayed so co-op play can be added.

The official story: "Please note that Killzone will be released on November 2 here in North America. As far as online gameplay, Killzone does not feature co-op mode." --SCEA spokesperson.

What we heard: In mid September, the rabid fans at killzone.ng-gamer.nl started a petition to delay Killzone to make it the "Halo-killer" it has been hyped to be. "Gamers want Killzone to be as perfect as possible," read the petition. "We want two-player split-screen co-cop mode, we want four-player split-screen gameplay, we want a LAN support, a clan online options, we want a 60fps game without slowdowns." While it may sound like wishful thinking, according to the forum posts this past week, "the petition indirectly worked, and Killzone was delayed to 26th November. Guerilla and Sony finally were convinced about the importance to have a very polished complete game…with co-op gameplay." Unfortunately, that's all news to American Sony reps. While the game could very well have been pushed back to November 26 in the UK (the SCEE site merely says "November 2004"), the game is sticking to its November 2 ship date and will not have an co-op component, though it will allow for 16-player online battles.

The official story:"We have no updates at this time." --Microsoft spokesperson.

What we heard: The GRY-Online article was a re-publication of a press release issued by CD Projekt, a Warsaw-based publisher that specializes in localizing PC games for the Polish, Czech, and Slovak markets. The release supposedly said the company had struck a deal to bring Microsoft titles to Eastern Europe, including "Zoo Tycoon 2, Dungeon Siege 2, [and] Age of Empires 3." While CD Projekt has localized games from Atari, Blizzard, Codemasters, Konami, Sega, and THQ , there is no announcement of a deal for Age of Empires 3 with Microsoft on its official Web site--presumably a business arrangement you'd like to let the public know about. For their part, Microsoft officials are staying mum on the subject, leaving the game's status still very much up in the air for now.

To see the video edition of Rumor Control and all the latest gaming news and reviews, tune in each week to Let's GameSpot! 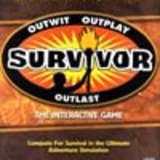