Ruined King: A League Of Legends Story Comes To Consoles And PC In 2021

The single-player RPG will feature several famous champions and is being developed by Darksiders Genesis studio Airship Syndicate.

League of Legends has been among the most popular games in the world for several years, and it has managed to do it without appearing on consoles. However, that is going to change next year--kind of. Ruined King: A League of Legends Story comes to consoles and PC in 2021, and it offers a single-player role-playing experience to expand the world of Runeterra and introduce it to new players.

Launching early next year on PC, Xbox One, PS4, and Nintendo Switch, with Xbox Series X, Series S, and PS5 versions to follow a short time after with cross-buy, Ruined King is being developed by Airship Syndicate. The studio most recently created the underrated Darksiders Genesis, and the game uses a turn-based battle system that should be familiar to RPG fans. Before Darksiders Genesis, Airship Syndicate created Battle Chasers: Nightwar, which paid homage to classic RPG dungeon-exploration and turn-based combat. This is very encouraging for Ruined King's prospects.

You'll form a part with several champions from the main League of Legends game, including Braum, Yasuo, Ahri, Pyke, and Miss Fortune. It features two different regions--Bilgewater and Shadow Isles--and the story focuses on a "corrupt and mysterious enemy."

"We are excited to take this plunge into exploring stories and champions that players have enjoyed over the years, and can't wait for our players to embark on this new adventure with us," said Head of Riot Forge Leanne Loombe. This is the first game the division is publishing. 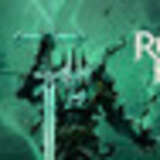