Comments
GameSpot received word that both John Romero and Tom Hall have left the Ion Storm Dallas offices to pursue other interests. The two were respectively responsible for the first-person shooter Daikatana and the recently released RPG, Anachronox. There is no word on how this affects the Dallas office, but the Ion Storm Austin office--which is currently working on Thief 3 and Deus Ex 2--will remain unchanged. Eidos issued a statement saying, "John Romero and Tom Hall have decided to depart Ion Storm to pursue other interests. We wish them luck in their future endeavors and thank them for their contribution to Ion Storm over the years, without which we would never have put together such talented teams in both our Austin and Dallas offices." Eidos also reaffirmed its commitment to focus on games in the Deus Ex and Thief series and that work on the console version of Deus Ex will continue. 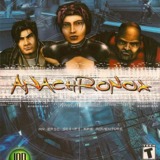