Excellent news: One of the best strategy games of 2004 is getting an expansion.

PC strategy fans got a major shock earlier this year when Sega acquired British developer Creative Assembly, the creator of the acclaimed Total War series of strategy games. To make things even worse, Sega promptly announced that CA's next game would be a hybrid action/strategy game developed for the consoles. Was nothing sacred? Well, the Creative Assembly folks haven't turned their backs on the PC, and the company is still plugging away on the platform that made them. It is also putting the finishing touches on Rome: Total War - Barbarian Invasion, the expansion pack to one of last year's best games.

So what can we expect in Barbarian Invasion? Like the Viking Invasion expansion for Medieval: Total War, Barbarian Invasion depicts a very dark era in human history: the slow collapse of the once-mighty Roman Empire. As a result, the game is set hundreds of years after the main campaign in the original game, and you'll have a whole host of new barbarian tribes and nations to deal with, such as the Ostrogoths. And keep in mind that the Roman Empire had split into two, with the Byzantine Empire setting up in Constantinople. Other additions to the campaign game include 21 new buildings and technologies.

There are some major new additions to the real-time battle system as well. The biggest is the introduction of night battles in the expansion. This means that you'll now see formations in the distance by their torches, and you'll also see cool lighting effects, such as the way a blazing fireball briefly illuminates the ground as it flies through the air. One big question that remains, though, is whether Creative Assembly can retrofit night battles into the original Rome: Total War. It's something that the company is looking into, but it may require a lot of code changes it doesn't have time for. Another new addition is that some types of units now have limited swimming ability, so they'll be able to wade into a river and even swim a short distance, giving you some extra mobility on the battlefield, as well as a way to escape entrapment. Of course, there are plenty of new units to play with as well.

Barbarian Invasions looks great, and Rome: Total War fans can look forward to it this summer. 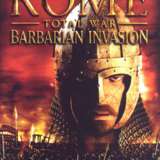