Romance of the Three Kingdoms IX confirmed for US

Koei confirms that the ninth installment in its historical strategy series will be released in the US early next year.

Koei has confirmed that Romance of the Three Kingdoms IX will be released in North America in February next year. The strategy game promises to be quite different from previous entries in the series and will see players assuming the role of a ruler in Ancient China.

"Outside of Japan, longtime fans of the Romance series have had to wait up to a year's time after the Japanese release for an English version of the game," said Amos Ip, vice president of sales and marketing for Koei Corporation. "We've listened to the fans' many requests, and by adjusting our development schedule, we are now able to bring the epic title to North America only two months after the Japanese release."

For more information on Romance of the Three Kingdoms IX, check out what Koei has to say about the game in its . 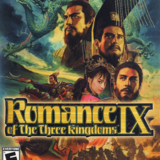