You can be the heir-apparent or just another in a long line of descendants.

Rogue Legacy 2 has arrived, following an extended period of being in Steam Early Access. Like the first game, the adventure revolves around a family of heroes all pursuing the same goal, with randomized traits that can make your runs easier, harder, or even just funnier. It takes a whole family and dozens of generations to take down the ultimate evil, so here are some tips to get you started in Rogue Legacy 2.

Familiarize yourself with new powers

When you start a new run, you'll have your new standard weapon, along with two other abilities. These usually follow a pattern set by your class, but they can also be randomized. The last thing you need is to hit a button expecting a certain power to proc and then finding yourself surprised by some completely different effect. So before you start exploring the castle in earnest, take a few moments to familiarize yourself with your abilities, possibly even triggering them to get a feel for their range and speed.

Money makes the world go around in Rogue Legacy 2, and the more money you can make and keep between runs means the faster you'll be able to upgrade everything else. For that reason, it's important to prioritize money-making. Obviously you'll need to invest in other unlocks like new classes, passive upgrades, and gear. But if an opportunity to enhance your cashflow presents itself, get that one first.

Job classes are much more robust in Rogue Legacy 2, and you'll want to unlock them as fast as possible to inject a nice amount of variety to your play. Some will only become available to unlock after reaching a certain level of upgrades by grabbing other things first, but once you do unlock the ability to buy a class, you'll probably want to grab it. At that point you'll have the option to switch to your new class, which will retain the traits of the last one you selected.

For much of the beginning of Rogue Legacy 2, you won't exactly know what your family's passive traits actually do. They're given funny names and obscured behind question marks. You need to try them once, and then they'll be listed for all future generations. If you're going in blind and simply don't know which abilities are which, keep in mind that a gold bonus is given for traits that hamper you in some way. So if you see a gold bonus attached to one of your heirs, whatever trait they have will make the run more dangerous.

Rogue Legacy 2 is a rogue-lite, but it also has a bit of Metroidvania in the mix through the use of Heirlooms. These special items are locked behind special trials, and once you earn them their power applies to all future generations. For example, the first one most players will find is the air dash, which has applications for both platforming and combat. Another, Echo's Flight, is required to explore the Axis Mundi area and can be found in a trial right near the beginning of that area. Heirloom trials don't always present themselves, but when they do, go for it. Your HP and MP will be fully refilled, so you'll always have a decent shot at finishing it.

While the castle mysteriously randomizes itself between each run, you'll quickly notice that certain aspects repeat themselves--in particular, the general layout of areas in relation to each other. The aforementioned Axis Mundi, for example, is always on the far east side of the starting area, requiring you to essentially go forward like a traditional platformer to find it. A particularly difficult area is tucked below for daring adventures, and so on. Once you have a good grasp of where all the areas are in relation to each other, you can navigate the castle a little more easily and avoid the spots you aren't ready for.

Walk away from combat if necessary

Sometimes a swirling red door or a combat trial switch will present itself. You'll want to help yourself to those rewards, of course, but what if your health is low? Just walk away and come back later! The castle is littered with teleporters so you can always come back after you've found some healing items. Don't feel like you need to charge head-first into a combat scenario you can't handle just because you happen to be there at the time.

Use House Rules if you need to

Rogue Legacy 2 is challenging, but you have the opportunity to tweak the difficulty to your liking with House Rules. Using these sliders you can increase the amount of damage enemies take, decrease the amount you take, and more. None of this is enough to make the game a cakewalk, but you'll be able to ease up the burden if you find yourself getting too frustrated.

Like the first game, Rogue Legacy 2 is a game about making slow steady progress across generations. You aren't going to finish it on your first (or likely your tenth) run. Instead, each run will get you just a little bit closer to your goal. Death isn't the end, it's an opportunity. Some of your particularly unlucky heirs will barely make it past the castle gates before they eat it. That's fine! It's all steps along the way to your ultimate goal, so don't sweat it. 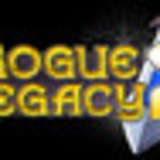