Rocky Road Ahead for Godus as Key Devs Depart

Key developers at the UK studio 22Cans have resigned from the company in recent weeks, while others have been asked to leave, GameSpot understands.

This latest revelation comes during a particularly difficult time for the Guildford-based developer, with management engulfed by accusations that it has failed to deliver on the rewards promised on the Godus Kickstarter page.

While well-known people at 22Cans, such as producer Jemma Harris, are no longer with the company, other talent has moved on to the studio's next project, called The Trial. This workforce movement further fuels speculation that the Godus project no longer has full support at the studio.

But Peter Molyneux, the co-founder and public face of the studio, insists that the departures do not spell doom for Godus, and has assured that some of the original Kickstarter pledges--which were first outlined in 2012--will still be met.

In an interview with GameSpot he added, however, that some previously promised features might not materialise.

Speculation surrounding the fate of Godus was raised on Monday when Rock, Paper, Shotgun published an article that highlighted how far the game was from meeting its promised Kickstarter pledges.

While sources with ties to the studio suggest there is a link to all the recent staff departures, Molyneux claimed that the issue is far more complex, and that different people have left for different reasons.

"As always happens in development, when you finish something and start something new, then you very often refresh your team. Sometimes you do that by asking some of your team to leave, and sometimes people on the team want to look elsewhere," he said.

"If you try and force people who are creative to do the same thing again and again and again, very often they get bored. I wish they didn't, but it happens with many game projects. What you don't want are people who are bored and tired to work on that project. You want passionate people, and that means recruiting those people."

Molyneux also suggested that the departures are not indicative of dwindling resources at 22Cans.

"We're actually on the hunt for new designers, new artists and new coders. The result of that recruiting drive will probably result in 22Cans being a bit bigger."

"The art book we haven't done, and that's primarily because we've been so busy"

However, one person with intimate knowledge of the Godus project that spoke to GameSpot has described it as a "failure," and adds that "suffice to say, the Godus Kickstarter will not be fulfilled and the team have either quit their jobs or have been moved on to a new project."

Meanwhile, the current core designer of Godus, Konrad Naszynski, has publicly stated that he doesn’t believe the Kickstarter promises are achievable, explaining that "a lot of the multiplayer stuff is looking seriously shaky right now especially the persistent stuff like hubworld".

Godus raised about £525,000 through Kickstarter in 2012, with fans pledging money having been promised that the god game would include features such as multiplayer, a Linux version and an art book.

These three rewards, however, have not materialised. A multiplayer mode was briefly added in March last year, but was removed soon afterwards. Molyneux tells GameSpot that he is confident that it will be included.

"The problem with the multiplayer is, when you develop features you need to also make sure they are multiplayer-compatible," he said.

"The next step for us is adding combat, after that is the time we should look at multiplayer again."

He then went on to discuss other promises that have yet to be met, and explained why he feels the Linux version will not likely be released.

"The art book we haven't done, and that's primarily because we've been so busy. We have kept every piece of artwork, and I think we should wind back and look at that again. "

"I'm not worried about those pledges. I do worry about the Linux version pledge, because we do need the middleware that we use [Marmalade] to update to support Linux, which it currently does not."

Molyneux adds that, while he claims that new staff will be introduced to support the struggling Godus project, there are regrets over how the whole project has been managed.

"I take the point that some of the pledges should have been met, and that we should have taken the time to work on them," he says.

"I would never do Kickstarter again in the way that we did it. Doing Kickstarter at the very start of a game can be very challenging."

When the proposed multiplayer for Godus will arrive, and when new recruits will join the studio to help on the project, remains unclear. 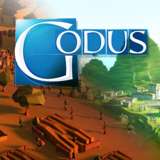