The report comes via Bloomberg's Jason Schreier, who cites the news to people familiar with the game's development. No specific reason for the delay was given, and publisher Warner Bros. has yet to officially comment on the game's alleged delay.

Suicide Squad was announced in 2020. Rocksteady's last game, Batman: Arkham Knight, released in 2015. When Suicide Squad does eventually arrive, it will see players take on the role of various villains like Harley Quinn, King Shark and Captain Boomerang as they look to subdue heroes like Superman, who have been brainwashed by Brainiac. Fans got a first glimpse at Suicide Squad's gameplay at The Game Awards 2021. 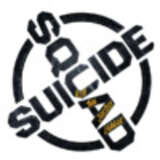