Gordon Hall, who later in his career worked at Activision Blizzard, has passed away.

Prominent game developer Gordon Hall--who founded the studio that would become Rockstar Leeds and would go on to work on Red Dead Redemption, L.A. Noire, and other major games--has died. He was 51.

GI.biz reported Hall's passing after news broke from members of the Yorkshire game development community, which is where Hall spent a lot of time.

Hall later moved on to Rockstar San Diego to help with Red Dead Redemption. He took a sabbatical from 2011-2013 and then joined Activision Blizzard's Mobile division as its chief creative officer.

Hall was a founding member of Activision Mobile and a studio called The Blast Furnace, which was dedicated to creating mobile games based on Activision's franchises.

A cause of death was not announced. Hall is survived by his son, James. 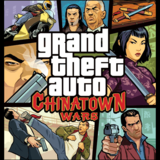