Road 96 is going to ask you to make plenty of decisions during the hundreds of story-driven adventures you'll experience inside of it.

Road 96 has received a new trailer during this week's Nintendo Indie Worlds Showcase, which further highlights the many decisions that players will have to make in developer DigixArt's procedural narrative road trip game. Less than a minute long, the trailer teases the hundreds of choices you'll need to make and the thousands of road trips you'll experience.

Originally revealed at last year's The Game Awards, Road 96's story-driven adventure evolves and changes with every choice you make.

Your decisions will change how the adventure unfolds, the people you meet, and possibly even the world itself. Road 96 will be out on Switch and PC later this year. The rest of the Nintendo Indie Worlds Showcase was filled with plenty of exciting reveals, such as a new entry in the OllieOllie skateboarding series, confirmation that Teenage Mutant Ninja Turtles: Shredder's Revenge will launch on Switch, and a sequel to Oxenfree.

To see every other game that was announced and which title will receive a demo on the Nintendo eShop, you can check out our round-up post right here. 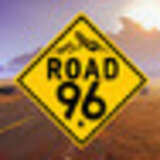