We grab a merv burger and some stone hands on our way back to River City High.

We recently returned from Nintendo's yearly Gamers' Summit event, where we were able to play an early version of River City Ransom EX. Publisher Atlus is porting the classic NES brawler from Technos to the Game Boy Advance. Though it didn't receive much recognition when it was originally released in 1989, River City Ransom has garnered a strong cult following over the years. The game's unmistakable visual style, its no-nonsense combat system, its use of RPG-style character building, and its occasionally curious use of the English language are all factors in River City Ransom's latter-day popularity, and fans of the game will be happy to know that it appears to be arriving on the GBA unscathed.

Unlike Atlus' upcoming GBA port of Double Dragon, which has essentially been rebuilt from the ground up, River City Ransom EX looks to be nearly identical to the original NES game. You still play as either Alex or Ryan, a pair of high school friends determined to rescue Ryan's girlfriend, Cyndi, from Slick, a wicked gang leader that controls all of the different gangs in River City. Like in the original game, the combat is pretty straightforward; you can fight your enemies with simple punch and kick attacks and a jumping kick, and you have the ability to pick up weapons, gang members, or random items off the street and use them in battle. Of course, you will still be able to increase the potency of your attacks and gain new special moves by purchasing special items from the game's many, many different stores.

The version of River City Ransom we got our hands on still needed a bit of localization, as most of the system menu options were still in Japanese, but the majority of the game was already in English, and it appears that Atlus hasn't done a whole lot of tinkering with the content. Gang names appear to have been faithfully brought over--we personally had encounters with the Home Boys, the Jocks, the Frat Guys, the Mob, and the Plague, and the enemies we bested still said things like "Barf!" and "Is this fun yet?" as they went down.

The only apparent difference between the classic NES version of River City Ransom and the upcoming GBA port was some subtle changes made to the graphics. The fundamental artwork appeared the same, but it made use of a richer color palette than could be rendered on the NES. Character sprites featured some shading effects along their backs, giving them a greater sense of depth. Though some devout fans may not like these changes, they really do make the game look better.

Unless Atlus decides to make some huge, last-minute changes to the game, River City Ransom EX should be a welcome addition to the Game Boy Advance library for all fans of the original game. The game is currently set for a January release in the US. 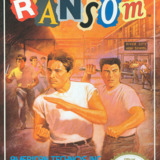