The back half of Rick and Morty season 4 has been unveiled, and one episode name pays tribute to one of 2019's great games.

The second half of Rick and Morty Season 4 will premiere on May 3, and now we have the episode titles and official loglines for the remaining five episodes. Curiously, one of the episodes has a name that clearly serves as a homage to the game Children of Morta, a fantastic 2019 rougelike.

Much like Childrick of Mort, Children of Morta is all about family--you play as a family that is fighting off an evil force, and each playable character is related to the others. It's an interesting reference, since Children of Morta is, while not obscure, also not a huge cultural touchstone.

The episode titles also pay tribute to Prometheus (and the Alien franchise in general if that logline is the facehugger reference we suspect it is) and Star Wars: Return of the Jedi.

Whether the episode itself will contain references to the game remains to be seen. Children of Morta received an 8/10 in GameSpot's review, which praised the game's focus on family. "Fantastic art style and enjoyable storytelling take what would have been an otherwise fun roguelike dungeon-crawler and elevate it a great deal," the review says. "Taking down enemies and eventually triumphing over bosses is enjoyable, but what kept bringing me back was the connection I felt to the Bergsons, and my sincere desire to help them push back against the Corruption."

Rick and Morty was confirmed for at least 70 more episodes ahead of Season 4 debuting, but the show's co-creator Justin Roiland has been very busy lately outside of it too, working on both the Quibi series Gloop World and the Hulu exclusive Solar Opposites. 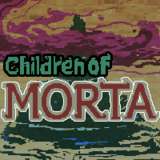