Revolution to play back at least 221 classic titles?

Nintendo revealed that the Revolution will download and play classic titles, but will it play all of them?

The latest issue of Famitsu features an article covering Nintendo's next-generation Revolution console. While the magazine didn't present any new information on the machine since May's Electronic Entertainment Expo (E3), it did note that the Revolution could possibly play more than 200 Nintendo games from days past. During its E3 press conference, one of Nintendo's strong points was the announcement that not only would the Revolution be online-ready, but it would be able to download and play titles from the company's vast library.

To date, the company has released 221 games for its consoles in Japan: 74 titles on the Famicom (Nintendo Entertainment System), 54 titles on the Super Famicom (Super Nintendo Entertainment System), 45 titles on the Nintendo 64, and 43 titles on the GameCube. Neither Famitsu nor Nintendo has officially confirmed whether all 221 past titles from Nintendo will actually be downloadable for play on the Revolution. The figures presented by the magazine are simply head counts of past titles released on Nintendo's consoles, which serve as a rough estimate to the volume of games that consumers could possibly download and play on the Revolution.

However, it's also possible that the Revolution will actually end up playing more than 221 games. In a previous interview with Reuters, Nintendo president Satoru Iwata disclosed that he is in talks with third-party game publishers about including their old Nintendo console games in the Revolution's downloadable game library. Pricing for Revolution downloads hasn't been decided, though two possibilities are to charge users per game, or to sell prepaid cards in stores.

But will all of Nintendo's published games actually make it to the Revolution? One issue that could hinder the availability of some of the company's games is copyright problems. It's already happened with Nintendo's recent Game Boy Advance title, Mawaru Made In Wario (WarioWare: Twisted!). While Mawaru Made In Wario included minigames that were based on classic NES titles, the graphics and names for Kung-Fu and Mike Tyson's Punch-Out were altered from their originals, apparently to avoid intellectual property issues. (Kung-Fu was originally released in Japan as Spartan X, which borrowed the name of a 1984 Jackie Chan movie.)

Elsewhere in the article, the Revolution ranked as the top next-generation console of interest for Famitsu readers in the latest issue with 226 votes. The PlayStation 3 ranked second with 183 votes, and the Xbox 360 was third with 117 votes.

With very little spec details disclosed during E3, the Revolution has been the subject of many rumors and speculation, to which Nintendo's public representatives have not commented on. Aside from the already common assumption that the console's controller is where the real revolution will be, some media outlets are hypothesizing that the console itself might be meant to be carried around, thus the reason for it being as small as three DVD cases. Its quaint size could allow users without Internet connections to carry the console to a wireless hotspot and hook up to the Web. Another possible feature of the Revolution is the stand that snaps on to it might actually turn out to be a cradle for recharging, which would explain why Nintendo presented it together with the console at the E3. 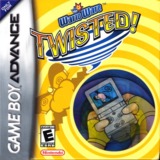