Here's what reviewers are saying about the Chrono Cross remaster.

Chrono Cross: The Radical Dreamers Edition is bringing a PS1 classic to modern consoles for the first time since it released in late 1999. Reviews of the remake are now popping up, ahead of its April 7 release on Nintendo Switch, Xbox One, PS4, and PC. Whether you're an old-school Chrono Cross fan, or looking to try it out for the first time, here's a look at what critics are saying.

Being a remastered release, many of the reviews for the Radical Dreamers Edition are unscored--including GameSpot's, which concludes that "in 2022 Chrono Cross feels like a game lost in time," but that the re-release still has value as a time capsule.

Reviews for the Chrono Cross remaster currently seem mixed, with reviewers torn between praising how much of the original game has been preserved, and criticizing how little actually seems to have been updated or improved for the re-release. The game currently has an aggregate score of 77 on Metacritic.

"That museum aspect is really what might appeal most about Chrono Cross: The Radical Dreamers Edition. Chrono Cross is an unusual game from an unusual era, paired with one that many of us in the West have never even seen before. Some parts of Chrono Cross are deeply strange and some of its ideas don't work, but that was true of a lot of RPGs made in this time period. In that way, it's a game out of its time, brought to us with some modern conveniences that are helping me appreciate its endearing oddity. Maybe this time I'll make some new memories."-- Steve Watts [Full review]

"I've been playing Chrono Cross on the Switch OLED (where the colours really pop) for a few hours now, and am as in love with the game itself as ever. I’m less impressed by the barebones way it’s been updated and repackaged for the new decade. The big additions are higher-resolution visuals, an option to turn off enemy encounters, and Radical Dreamers, a 1996 mini-visual novel that bridges the events of Chrono Trigger and Chrono Cross and has now been officially localised in English for the first time. It’s something Chrono-heads like me have long pined for, and it’s nice to finally be able to experience the retro artefact, though it feels incomplete with Chrono Trigger, available on PC and mobile, still not on Switch."-- Ethan Gach [Full review]

"With the inclusion of Radical Dreamers and the handy quality-of-life stuff, there's definitely good reason to check out this re-release of Chrono Cross if you're a longtime fan or curious JRPG enjoyer. It's not all good, the visual update swings wildly between pleasant and puke-inducing for one, but the more available this game is the better I reckon."-- Kieron Verbrugge [Full review]

"Cross often feels like a visitor from a parallel dimension itself--sequel to an acclaimed RPG that's in practice more of a companion piece, reminiscent of the PS1 Final Fantasies but a very different beast on the battlefield. It's an engrossing epic, mixing sadness, whimsy and a touch of cosmic dread without, somehow, disintegrating into farce, and if the battle system can be a touch infuriating, coming to terms with it is part of the adventure. The remaster isn't a dazzling effort, but the game's revival in any form is something to celebrate. I am eager to read reactions to it from players who got into RPGs after the Chrono series went under."-- Edwin Evans-Thirlwell [Full review]

"It's a shame that, with the release of Chrono Cross: The Radical Dreamers Edition, we likely won't see a comprehensive remaster or even a full remake of this underrated gem for a long while, leaving us with a somewhat underwhelming version on Switch that isn't much beyond a port. Regardless, the portability of the Nintendo's console and the inclusion of Radical Dreamers still makes this the best and most convenient way for fans and newcomers alike to play the 22-year-old classic and its pseudo-prequel. It's a good game and having easy access to it is a boon--just don't go in with more than modest expectations when it comes to the remaster effort."-- Lowell Bell [Full review] 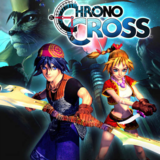