This would be the first PS5 exclusive to do so.

It looks like Returnal could make its debut on PC via Steam soon. This would make the game the first PlayStation 5 exclusive title to join Sony's PC catalog.

According to a SteamDB listing codenamed "Oregon", it contains tags and descriptions that match Returnal's world and gameplay mechanics. For example, it contains "Tower of Sisyphus," which is an endless mode that is part of the game's latest expansion, Returnal: Ascension. The latest expansion also brought co-op and daily challenges to the game, which the Steam DB listing also has keywords for.

Lastly, the listing has the keywords "Atropos" and "Helios." The former is the planet where Returnal takes place, and the latter is the name of the ship that the main character Selene crash lands on the planet with.

It appears Returnal is headed to Steam
A SteamDB page features tags that accurately describe the game and some text string that mentions the 'Tower Of Sisyphus'https://t.co/wuFqDwLV7o pic.twitter.com/jrvZf70s1K

Sony hasn't made any formal announcements about a PC version of Returnal, but it could show up in a presentation such as a State of Play one or even during next month's Summer Game Fest.

In our Returnal review, we said, "Returnal is constantly unsettling and consistently challenging. Its mysterious story and demanding action feel intense, urgent, and fresh. The fast-moving combat manages to appear incredibly daunting, bordering on overwhelming, without ever actually becoming insurmountable." 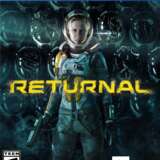