According to a product page on GameStop, SouthPeak will be bringing Two Worlds: The Temptation to the PS3 in October. The subtitle suggests the version of the game made available to PS3 owners would differ somehow from the Xbox 360 version of the game, though the listing has no details as to how. The GameStop site frequently uses placeholders instead of confirmed launch dates, but the PS3 edition's tentative October release date significantly trails the listed Xbox 360 and PC release dates (currently March and May, respectively), so additional content or the inclusion of PC and Xbox 360 downloadable content is a possibility.

Over on GameFly, the online rental service expects Ubisoft's Blazing Angels to take to the skies once again this March with Blazing Angels 2: Secret Missions of WWII for the Xbox 360. Given that the original game based many of its missions on actual battles, the subtitle suggests the developers could drop that approach for the sequel. The original Blazing Angels arrived on the Xbox, Xbox 360, and PC last March, with a PS3 edition arriving last month. A Wii version was originally announced as a launch title for the system, but was delayed and is now expected by the end of March.

Finally, GameFly also has listings for new versions of Electronic Arts mob movie tie-in The Godfather. While EA had already confirmed the Corleone crime family's appearance on the Wii, the PlayStation 3 edition is technically unannounced (if not entirely unexpected). The entries are shy on details, but it looks like they do include subtitles. The PS3 version is supposedly subtitled "The Don's Edition," while the Wii version is dubbed "The Blackhand Edition." Among the downloadable content for the Xbox 360 version of the game is "The Don Collection," which includes three bonus missions, access to more powerful guns and henchmen, as well as $400,000 of in-game money.

Please note, while retailer listings frequently jump the gun on publishers' product announcements, they should not be taken as final confirmation of a game's existence; nor should the absence of a listing be considered as proof that a game isn't coming to a given platform. 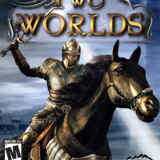