Insomniac reveals it worked on downloadable game 1080Pinball in early 2007 that would be "the most realistic pinball simulation ever"; shut down for unknown reasons.

Resistance and Ratchet & Clank developer Insomniac Games has revealed one of its canceled projects, and it's not in the vein of anything the studio has ever produced. An update on the developer's Facebook Timeline reveals that Insomniac began work in January 2007 on 1080Pinball, what it hoped would be "the most realistic pinball simulation ever."

A downloadable game, the project was to run at 1080p and 60 frames per second and simulate the weight of a ball, gravity, and table friction. Additionally, 1080Pinball was designed with Gran Turismo-like progression and would have included tables influenced by "some of the greatest tables ever made."

More details about 1080Pinball will be divulged during the company's upcoming podcast. 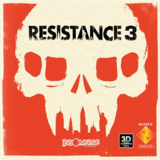