"I would love to be able to continue Revelations as a spinoff series."

As parts of its Resident Evil 20th Anniversary celebrations, Capcom has released a retrospective on the Resident Evil Revelations series.

The video, which you can watch below, features producer Michiteru Okabe and director Yasuhiro Anpo, who talk about adopting using the series to explore some of the mysteries not addressed in mainline entries.

"I would also love to be able to continue Revelations as a spinoff series," Okabe says. "I think the best thing about it is being able to bring back less used characters. And it also lets us explore stories in between the events of the main games.

"So if we can keep making games that focus on the fans I expect the fans would keep enjoying them too ... I'd want to strengthen that, and if we kept Revelations going in the same horror style I think players would be happy with that."

Elsewhere in the video, Anpo and Okabe talk about switching to a more story-focused experience for the first Revelations, and then using an episodic release format for Revelations 2.

Reports have suggested Resident Evil 7 is in development at Capcom and will be announced next month at E3 2016. Although Capcom has not announced the title, it will reportedly return to the franchise's horror roots. Jordan Amaro, who previously worked on Metal Gear Solid V: The Phantom Pain and P.T. (Silent Hills), is seemingly involved with the project.

Capcom previously celebrated the anniversary by discounting Resident Evil games on on PSN and releasing other videos with devs reminiscing about the series' history. 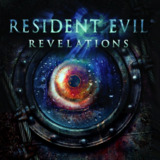