Like the zombies it features, Capcom's original survival horror game Resident Evil keeps coming back. Since its 1996 debut, the original PlayStation hit has seen rereleases and adaptations for the PC, Saturn, GameCube, and Nintendo DS. There was even a "Director's Cut" of the game created for the PlayStation.

Capcom has now confirmed a window for the influential game's next exhumation, as Resident Evil Archives is set for a June launch on the Wii in North America and Europe. An adaptation of the GameCube rerelease, Archives introduces new controls designed to take advantage of the Wii's motion-sensing controller. The new version also retains the GameCube's numerous enhancements to the original title, including a significant graphics overhaul, and new areas, items, defensive weapons, and creatures.

The game was originally confirmed for international release earlier this year, when Capcom announced a brand-new installment of the franchise for Nintendo's console, Darkside Chronicles. The publisher also confirmed another Wii remake, this time for the 2002 GameCube prequel Resident Evil Zero. That game is expected to ship later this year. The publisher also has already said that the Wii rereleases will retail for $29.99 each.

For more on the title, check out GameSpot's new hands-on preview of Resident Evil Archives. 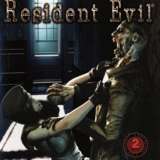