Eidos will choose 20 winners to appear in its upcoming strategy game, Republic: The Revolution.

Eidos has created a contest for anyone who wishes to appear as a character in its upcoming strategy game, Republic: The Revolution. Interested participants can go to the official Web site of the fictional country of Novistrana, which is the setting of the game. Twenty winners will be selected and will have their name associated with a character in Republic, complete with a "home address." Once the game is released, players will be able to use the addresses to find the specially created characters in the game and follow them around as they go about their daily routines. An additional 100 runner-up winners will have their family name assigned to other characters in the game.

Republic: The Revolution is a unique strategy game that puts the players in the shoes of a citizen in the fictional country of Novistrana. The country resembles a former member of the Soviet Union. The object of the game is to eventually rise to power as the leader of Novistrana, by influencing its military, religious, and/or criminal subcultures. Players will be able to give speeches, incite riots, bribe high-ranking officials, and more. It's entirely up to the player whether to approach the game from a moral standpoint or attempt to seize power through more questionable means and shady associates. For more information about Republic, check out our previous coverage. 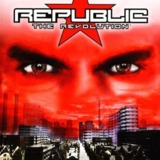