Studio president insists in interview that the company has just "suspended operations," and is in talks that might allow it to rehire workforce, keep the lights on.

When reports surfaced earlier this week that Stormfront Studios had shut down, some gamers no doubt hoped for it all to be some kind of cruel April Fools' gag. That could turn out closer to the truth than one might expect, as Stormfront president Don Daglow says there's hope yet for the company in an interview with GameCyte.

In the article, Daglow confirms that the studio laid off "virtually everybody" on its staff without severance pay. However, he insisted that Stormfront hasn't shut down, only "suspended operations." The reason for the distinction is that Stormfront is in negotiations with publishers on a pair of projects based on original intellectual properties. If those projects get signed, then Stormfront might be able to invite people back to work and resume operations.

As for how the studio ended up in dire financial straits in the first place, Daglow said it was a "perfect storm" of circumstances that boiled down to not having a project to move on to after the completion of The Spiderwick Chronicles. One project that they had in the works was canceled due to the recent spate of big-time mergers and acquisitions like Activision-Vivendi and the proposed EA-Take-Two union. Daglow said that when the company had previously found itself in a dry spell between projects, it would get a bridge loan to keep working, but with the recent economic downturn, Stormfront was unable to secure that funding.

"You go very quickly from, 'Hey, it looks like things are going to be fine...,'" Daglow said. "The number of days it takes to go from there to not being able to pay people is not very many, in that situation."

As of press time, Stormfront had not returned GameSpot's requests for comment. 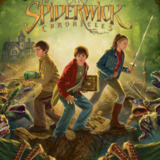