If there's a trend analysts have pegged for rapid growth in the gaming industry's near future, chances are Microsoft has a stake in it. The Xbox 360's Xbox Live Marketplace is putting digital distribution and micropayments into action, and according to a new report, Microsoft is looking to buy into the emerging in-game advertising market to the tune of a few hundred million dollars.

But even if the acquisition becomes a reality, don't expect to see Halo 3 ads in SOE games anytime soon. SOE PR director Chris Kramer told GameSpot that the company has approval control over every ad served in its games. "As far as we are concerned right now, it's business as usual for both the Matrix Online and PlanetSide," Kramer said.

In-game advertising is clearly poised to grow in the coming years, but there's debate over just how rapid that growth will be. Earlier this month, Massive's own CEO pegged the market at $1.8 billion by the end of the decade, while the managing director of The Wall Street Transcript showed even more enthusiasm in January by projecting the market to reach $4 billion by the end of 2008. 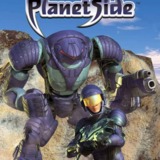