<i>Variety</i> reports that once-upstart developer is shuttering its doors less than 18 months after raising $400 million.

How do you go from $400 million to flat broke in 17 months? Ask the founders of Brash Entertainment, the upstart game developer cofounded by Legendary Pictures CEO Thomas Tull in March 2007. One of the executive producers for such cinematic phenomena as 300 and The Dark Knight, Tull wasted little time in getting funding, announcing just two months later that he had raised the above sum.

Brash's game plan was to use the lucre in its coffers and its film-industry leverage to crank out a series of movie-based games. And crank it did, releasing titles based on Space Chimps, Jumper, and Alvin and the Chimpmunks--to poor sales and even less critical acclaim. As a result, Brash's boardroom started hemorrhaging executives, with president and cofounder Nicholas Longano bolting this past May and Tull himself leaving last month. Once Tull left the building, the financial backers who had pledged the $400 million turned off the spigot, leaving Brash strapped.

One week ago, Variety reported that Brash was slashing more than 20 positions from its small operations and was looking to sell off its library of film game licenses to the highest bidder. Now, the Hollywood trade magazine is reporting that the company is shutting down entirely as of today. Brash's Web site remains active but hasn't been updated since July.

Requests for confirmation of the closure had not been returned as of press time, most likely due to layoffs in Brash's PR department. GameSpot confirmed that as of last week, Brash's vice president of corporate communications, Tiffany Spencer, was no longer at her position.

If true, Brash's closure would leave a number of projects in limbo. The company had been working on games based on the television show Prison Break and the films 300, Saw, and Clash of the Titans. The publisher had also inked a deal with Lair developer Factor 5 to develop an unnamed game--Superman, according to Variety--for release in 2010. 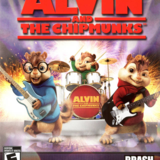