The second game in the Remothered series releases in August, and it's promising plenty of scares on Switch, PS4, Xbox One, and PC.

Remothered: Broken Porcelain has revealed some of the horrors we can expect from it in a new trailer, and a release date has also been set. The game, which is a sequel to 2017's Remothered: Tormented Fathers, will release August 25, 2020. It's coming to Switch, PS4, Xbox One, and PC.

The game, from Italian developer Stormind Games, makes some bold claims in the trailer, which tells viewers that they can "experience the most terrifying, most suspenseful, horror game of the year." Judging from the trailer, it offers a more traditional survival horror experience than most other recent horror titles.

You can watch the trailer below and gauge whether you'll be able to handle the scares offered up by Remothered: Broken Porcelain later this year.

The game follows Jen and her friend Linn, two maids at the Ashmann Inn, who have become aware that something is not right in their place of work. It'll be up to players to help them escape. The game will also directly follow events from the first game, and the search for Celeste Felton will continue.

If you're hungry for more horror, it's also worth checking out the trailer for the next Resident Evil title, Resident Evil: Village, which is coming in 2021. 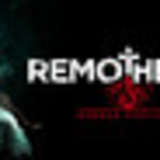