Red Dog is getting very good reviews in Europe, scoring around 8 out of 10, so we can probably look forward to a very good shooter.

Red Dog puts you in the cockpit of an armored vehicle not unlike the one from Sunsoft's old NES game, Blaster Master. But instead of shooting bugs and other silly monsters, you'll be taking out all kinds of military forces from a third-person viewpoint.

Planet Earth is allowing alien refugees to land on the planet and giving them places to live in order to benefit from their know-how regarding new technologies. The humans hope this will help push their technology forward. However, the alien races seem to have different plans, and all of a sudden they attack human cities. So humans send out their only secret weapon: a combat vehicle called Red Dog. As the "pilot" of this multifunctional tank, the player must battle the aliens and destroy their headquarters before it's too late.

You drive forward by pressing the R-button and backward by pressing the L-button. Pressing both buttons at the same time lets you strafe, which is essential when you face certain bosses or when you want to sneak around a corner. When the player shoots down opponent tanks or enemies, he can collect energyrifles, which allow him to shift energy from the storage to the main cannon by pressing the Y-button. This gives more firepower to the maingun for a certain amount of time until the energy is used up. This is a nice feature that is causing a lot of excitement during combat (single player as well as multiplayer). The difficulty setting of the game is pretty tough, and it will give many shoot-'em-up fans a real headache. Graphically, the game looks awesome - with a fluid frame rate no matter how many enemies are onscreen. Even in the very hectic four-player mode, the frame rate remains constant, which is a real plus.

The multiplayer mode is where the real meat in this game is. A huge range of different modes are available - from normal deathmatch scenarios, to capture the flag, to bomb tag or suicide bomb tag. An interesting mode is called king of the hill. Here, the goal is to get on the highest possible platform as fast as you can because the player who is on the highest level drains energy from players on lower platforms. This of course leads to frantic collisions of players trying to push others off platforms or cliffs.

The title is getting very good reviews in Europe, scoring around 8 out of 10, so we can probably look forward to a very good shooter, which truly unfolds its glory in the multiplayer section of the game. 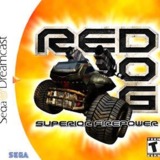