Red Dead Online Kicks Off Its Holiday Celebrations This Week

Red Dead Online's holiday events kick off in earnest this week, bringing a Christmas bounty of new freebies, discounts, XP bonuses, events, and even seasonally themed changes to the world.

The holiday season is being marked by a number of changes to the in-game world, with Christmas decorations due to appear in multiple locations including players' Camps and Moonshine Shacks, as well as through the streets of Saint Denis. Various NPCs will also be getting into the holiday mood, with Cripps, Harriet, and Gus all indulging in carols, seasonal music, and new holiday greetings. Like in previous years, the weather will turn snowy over the holiday season in regions where snow isn't usually seen.

Throughout the holidays until January 5, Red Dead will be paying out double RDO$ and Character XP in Call To Arms, as well as double RDO$ and Role XP for all bounty hunters taking on Bounty Missions. Moonshiners and Traders are also getting bonuses, with a double RDO$ payout on all deliveries over the holiday period.

Big bonuses are also coming to other game modes, with Make It Count and Last Stand paying out triple RDO$ and XP and double gold. Other game modes including Gun Rush, Gun Rush Teams, Spoils of War, Up in Smoke, and Overrun will also be paying out double rewards over the holidays.

Closer to Christmas on December 21, new seasonally themed maps will come to Call to Arms, including Colter, Rhodes, Hanging Dog Ranch, and Emerald Ranch. Anyone who completes these new seasonal maps will get an offer for 50% off any weapon.

Because this is the season of giving, players will also get to redeem a number of freebies and discounts over the holidays. Everyone who logs in between now and Christmas Day will receive 25 Capitale and a free accessory, and will be able to redeem the Winter Evans Repeater for free until December 29. All players can also unlock the Good to See Ya emote for free by ordering a drink at any Saloon.

More freebies are coming after Christmas, with players who log in between December 26 and January 5 receiving a gift of 10 sticks of Volatile Dynamite, 20 Fire Arrows, a free Weight Loss Tonic, and a Reward that will automatically clear your bounty for all regions. Players will also get the Winter Shotgun Coat for free as temperatures plummet over the new year.

While not quite a freebie, Rockstar is also temporarily lifting rank restrictions on the Double Barrel Shotgun, so any player who wants to get into the spirit of the holidays can unlock the Krampus Shotgun Variant until January 5.

Bounty Hunters are getting extra bonuses after Christmas is done, with Player Bounties picking up extra rewards between December 28 and January 5. Bounty Hunters can bring in other players alive for 2000 Role XP, or dead for 200 RDO$. Legendary or Infamous bounties will also reward 2 Hawkmoth Bolas. For players who haven't unlocked the Bounty Hunter Role yet, licenses will be discounted by 5 Gold for the full four weeks of the holiday event.

The discounts available across the next four weeks include: 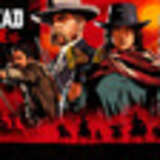