Electronic Arts confirms that only the Xbox 360 and PC versions of the game will be coming in autumn.

Today, it's Electronic Arts' turn, as the megapublisher has told the press that the PS3 version of the Soviet-themed Command & Conquer: Red Alert 3 is also being put into cold storage.

An EA rep simply said, "We can confirm that the development of Red Alert 3 for PS3 has been put on hold. EA LA is focusing resources on development for PC and Xbox 360 which will ship simultaneously this autumn." No reason was given for pulling resources from the PS3 version of the game, or whether gamers could realistically expect work to be continued on it at some point in the future.

Red Alert 3 is the first installment in the Command & Conquer spin-off series since 2001 expansion pack Red Alert 2: Yuri's Revenge. The real-time strategy game takes place in an alternate-technology future where World War III is raging between the US, the Soviet Union, and a never-defeated Imperial Japan. For more information on the game, check out GameSpot's recent preview. 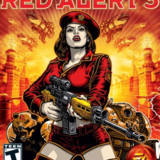 There are 429 comments about this story
Load Comments (429)