The past few weeks have been a joyous one for connoisseurs of the action RPG genre thanks to Torchlight 2 and Borderlands 2. Gamers who don't mind one more name on their action RPG list would do well to consider Ys: Foliage Ocean in Celceta for the PS Vita, a re-imagining of the fourth Ys game.

A brief history lesson: in 1993, Ys creators Falcom left development of the fourth game to Hudson Soft and Tonkin House for reasons unknown. This resulted in two different iterations of Ys IV--one for the PC Engine (Turbografx-16) and one for the SNES in Japan. As this would naturally confuse a lot of people, Falcom has opted to create their own canon version of Ys IV--20 years later. While we don't know why it took them this long to rectify the oversight, it's better late than never.

Players control main character Adol as he explores the huge forest continent of Celceta to try to recover his lost memory. Accompanying him are thief Dulen, tribe warrior Carna, and a host of other Celceta denizens, each with their own skills and story. Players control a party of three characters: you control one person from the group, while the AI handles the duties for the other two.

Switching party members also help in non-combat portions of the game. Dulen can unlock special chests, which contain sweet loot or quest items, through unconventional means, while Carna can use her glaive to cut down hard-to-reach tethers, like spider webs and thick branches.

As with most action-oriented RPGs, the controls appear easy to master. The circle button is to attack enemies, while holding the R button and pushing another face button activates an SP attack. This move requires SP energy (the blue frilly meter on the bottom right), which fills up by attacking and killing foes. Every character has a ton of special moves catered to their fighting style, which and can be upgraded further, provided you use them frequently.

Adol has a dash-slash attack and a quick uppercut slash that knocks lighter foes into the air, while Carna has ailment-afflicting knives (poison, paralyse, the works) and a charge shot that hits multiple foes, at the cost of more meter and a slight delay in the attack. For more oomph against enemies with bigger health bars, you can pull off an ultimate attack by pressing the L button when your ultimate attack meter (the yellow circle, next to the special attack meter) is full.

To avoid attacks, players just need to press the X button to dodge, and the triangle button to do a quick block. The kicker is that dodging at the last possible frame of the attack will trigger flash roll, where time slows down for a few seconds so that players can amass a quick counterattack to punish enemies. Blocking at the last second will not only nullify damage, but also gets you back a good chunk of SP energy to pull off more moves.

Depending on the scenario, these moves help add a lot of strategy in playing style. For example, we went all out with Adol and Dulin, while also playing the range with Carna when fighting things like poison-spitting bugs, stone-chucking gorillas, and leap-frogging mermen.

When we came across the slightly-larger foes like a mutant bull and a giant gorilla pack leader, we had to be a bit defensive. Some bosses, like Glucarius the "Great Squilla of Extermination" require you to do a flash dodge when it attacks so that you can attack its temporarily-exposed weak spot to kill it faster. Unless you like getting steamrolled constantly by its continuous charge attack, we suggest practicing flash dodge and flash block beforehand.

This game being on the Vita, some touchscreen nuances had to be added and thankfully, it all appears to be for the better. Players can access menu and item screens with a touch of the icons at the bottom right of the screen. If the current view is too close to the party characters, you can zoom in and out by dragging both of your fingers inwards or outwards on the touchscreen.

Accessing the full map of the area only requires you to touch the top right map, while scanning the floors is as easy as dragging the touchscreen slider on the right part of the screen. Falcom resisted the temptation to implement touchscreen controls for combat, and instead used it for menus. Frankly, we think it was a good move.

At the end of the day, killing enemies and earning materials to make better loot is the key point of Ys: FOC, and it seemed to deliver on that point well enough during our playthrough. The game's flashy combat appears to have a lot of meat to it, resulting in really frenetic battles with enemy hordes that can be managed with a lot of skill. Boss fights so far have been challenging and require you to make use of the game's new dodging techniques. While the game's canon takes place before the third game, players can get into the story quick without much of Ys' backlog in mind, provided they can read Japanese.

We hope these qualities can justify Xseed Games (who previously localized Ys Seven) to push out a North American-translated version of this reiteration, even if they haven't officially announced any plans to bring it over. In the meantime, fans of action RPGs can check it out from their friendly neighborhood parallel import store. 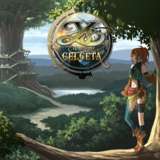