Recompile, A 3D Metroidvania With Hacking Mechanics, Is Coming To PS5 And Xbox Series X

The upcoming indie adventure has been confirmed for next-gen systems alongside a PC release.

Recompile, a 3D Metroidvania game with a unique sense of style, is the latest title to be confirmed for the PlayStation 5 and Xbox Series X. The game is not coming to PS4 or Xbox One, which makes it a rare next-gen exclusive indie title.

The game, which mixes combat and 3D platforming with physics-based hacking (and you can apparently hack and change just about anything you encounter), will feature multiple endings depending on how you place. Players will control, according to the press release, "a rogue piece of semi-sentient code, trapped in The Mainframe--a sprawling digital wasteland dead-set on deleting trespassers."

Publisher Dear Villagers also released a new trailer to celebrate the announcement and show off how the game will look on next-gen systems, below. It features the Aoife O'Donovan song Jupiter.

The game's PS5 version was announced alongside several other PS5 indie titles, including Worms Rumble and Maquette.

Designer Phi Dihn shared some further insights into the game's PS5 release on the PlayStation Blog, explaining that the game is "about creating the first self-aware Artificial Intelligence." Dihn also sings the praises of the upcoming system's abilities, saying that "with the announcements of next gen and the recent developments in graphical rendering and real-time lighting, we’re even more excited to reveal our plans for the game."

A release date for Recompile has not yet been set. 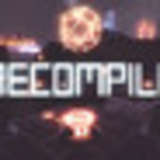