The ESA thinks there's no such thing as going "too far" with violence, but that's not the case with sex.

In the fight over the California gaming law currently before the Supreme Court, the debate boils down to whether or not states should be able to limit access to violent content in the same way they restrict sexual content. In 1973, the Supreme Court drew limits to the power of governmental obscenity statutes, confining the scope of regulation specifically to works depicting or describing sexual conduct.

Now legislators want to expand that scope to include depictions of violence, such as those found in Postal or Grand Theft Auto. To its credit, the Entertainment Software Association is fighting this abridgement of game makers' free speech rights tooth and nail, and has been for years. In doing so, the ESA is going to the wall for objectionable content, much in the same way the American Civil Liberties Union fought for the free speech rights of neo-Nazis in 1978, or NAMBLA members in 2000. Granted, Rockstar's open-world crime games are considerably more popular than those reprehensible groups' viewpoints, but the ESA is still standing up for games that have been described by the state like this:

The game involves shooting both armed opponents, such as police officers, and unarmed people, such as schoolgirls. Girls attacked with a shovel will beg for mercy; the player can be merciless and decapitate them. People shot in the leg will fall down and crawl; the player can then pour gasoline over them, set them on fire, and urinate on them.

That's an awful part of an awful game. And the ESA is defending games like Postal not because it really thinks maiming and urinating on helpless people is really valuable speech, but to protect the rights of other creators to explore culturally uncomfortable subjects for more worthwhile reasons in the future. 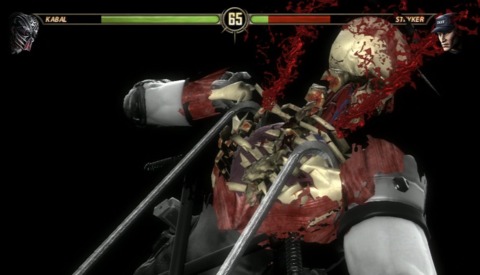 This is perfectly OK.

In an interview with GameSpot for a recent feature on California's violent video game law currently before the Supreme Court, ESA CEO Michael Gallagher heralded the group's efforts to preserve freedom of speech for developers.

"We very much stand firmly on a proud history of defense of the First Amendment," Gallagher said. "It goes back for multiple forms of media over decades, where others have gone before us. And we proudly stand on the shoulders of those advocates, standing up for the entire country's rights for freedom of expression, freedom of speech, especially in the context where it applies to video games. Yes, we represent the video game industry and we're very proud of that, but we do stand on very firm bedrock American principles in that defense."

Good on the ESA for that. However, it's a little disheartening to see the trade group draping itself in the First Amendment to protect developers' depictions of violence in games no matter how brutal, but offering no such interest in fighting the same fight for depictions of sex. When asked what the difference was between the law currently before the Supreme Court and obscenity statutes that have limited access to sexually explicit material, Gallagher wasted no time drawing a line.

"Sexual material is not appropriate for children," Gallagher said. "That's easy to understand. It's easier to enforce."

There are a couple of things to deal with in that quote, the first of which is how easy it is to understand or enforce current obscenity statutes regarding sexual material. The 1973 Supreme Court guidelines for assessing material as obscene involve "(a) whether 'the average person, applying contemporary community standards' would find that the work, taken as a whole, appeals to the prurient interest; (b) whether the work depicts or describes, in a patently offensive way, sexual conduct specifically defined by the applicable state law; and (c) whether the work, taken as a whole, lacks serious literary, artistic, political, or scientific value."

So what's an average person to determine when his or her community is made up of disparate groups, some exceedingly liberal and others arch-conservative? How specific does state law need to be in determining the sexual conduct? Is there wiggle room there? Should the amount of allowable "wiggle room" be specified in that law? And as for what has serious artistic value, that's a debate that's already wound up in the courts at least once. Take the The Tin Drum case for example. An Oklahoma County judge had the 1979 Best Foreign Film Academy Award winner banned as child pornography and sent police around to rental stores to confiscate all copies (including those that had been checked out at the time), a measure that was later found unconstitutional.

Gallagher's assertion that violence permeates our culture in a way that sex doesn't is flimsy at best. There's a reason you can know somebody "in a Biblical sense." You could write a book on all the sexual interpretations of Little Red Riding Hood (but someone already beat you to it). And as for Harry Potter…I'd rather concede that point than read the books looking for a double entendre in every "Engorgio" or "Expelliarmus."

Even Iowa State University's Craig A. Andersen, the psychologist behind much of California's scientific research suggesting that violent games increase aggression in players, questions the double standard for sexual content.

"Somehow we think of violence as sort of normal, and as a society we think of sex as dirty and abnormal," Andersen told GameSpot. "When the reality is that most people will not be victimized by a serious violent crime, whereas most people will spend a considerable amount of time engaged in sex."

In fact, Andersen said that if public policy regarding media depictions of sex and violence were based solely on their documented harmful effects, laws would be much more restrictive of violence than sex. According to Andersen, the scientific evidence that children are harmed by being exposed to depictions of consensual sex is scant, so long as the sex in question isn't demeaning or violent. 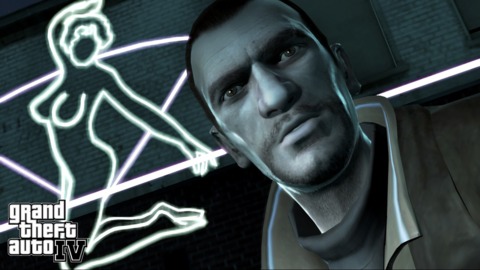 But this is pushing it.

It doesn't take a psychology degree or even a particularly keen observer to notice that sex is everywhere in American society, whether we approve of it or not. It sells us everything from alcohol and website domains to chewing gum and body spray, and while it's often used as a Trojan Horse for other messages (like "buy new horse-size Trojans"), it can convey a point in and of itself.

All of that said, I understand the impracticality of standing up for sex. Obscenity statutes have been in place for decades and survived Supreme Court scrutiny, and there's very little will in this country to overturn them. And even if the ESA had that desire (it doesn't), and even if its member companies were clamoring to push the envelope with sexually explicit material (they aren't), the responsibility can't lie solely at their feet when every other media trade group has resigned itself to accepting the law as written and enforced. Still, it's a hypocritical double standard, and the more we can acknowledge it, the closer we'll be to someday discarding it.