Last week I wrote a long piece on what I consider to be the future of sports game career modes which, to me, are the most exciting thing happening in the genre. The story generated a lot of feedback, with tons of readers sharing what they&#39;d like to see in the next crop of career modes in... 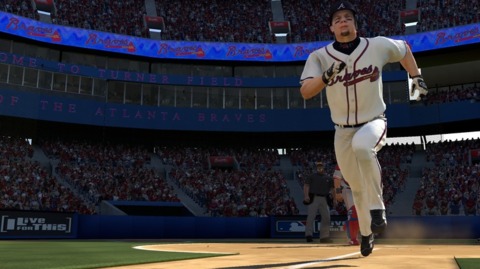 Last week I wrote a long piece on what I consider to be the future of sports game career modes which, to me, are the most exciting thing happening in the genre. The story generated a lot of feedback, with tons of readers sharing what they'd like to see in the next crop of career modes in sports games. I thought I'd highlight some snippets of my favorite comments here to underline the importance of career modes to players (and sports game developers too):

rynedee starts us off strong with thoughts on career continuity and character records:

The one improvement that would vault [Road to the Show mode from Sony's MLB series] above everyone else is the ability to import a previous RttS character. A baseball season is at least twice as long as any other sport, thus restarting your character from the beginning every year is tedious at best. I'd like my 1B for the Cubs to be enshrined into Cooperstown but am not willing to spend three or four actual years playing 162 games for 15 seasons to do this. One more thing RttS needs is a reduction in loading times (it's frustrating to spend a minute or two to load a game, see that you are a pinch runner in the 9th with two outs and nowhere to go and spend the next minute or two reloading the menus).

This leads me to an improvement all career modes could make: the inclusion of records. Campus Legend and The Show do this to some extent but doesn't have the depth. I'd like to see school/franchise, conference and NCAA/league/association records, not just the overall record (eg 755) but the top 25 or 100. This ties in to having ownership of your character, only it's the historical aspect. I want to say that NFL2k5 did this really well.

EWSzuba reminds us that career modes have been done before and, in some cases, better:

Dynamix and Sierra made Front Page Sports (Baseball and Football) with career modes way before it became popular in today's renditions. I had a career league in FPS:Football that ran through 5 versions of the game and over 50 seasons with big name players being created solely on combining a (then) NFL player's first name with another player's last name. Later versions let you put in your own names. After that many seasons, you even had the listings for all-time records in every category.

Mr_Armageddon17 thinks we should expect more from our AI teammates:

Another thing needed in career modes is AI that can play on its own. I play NHL 09 and my team cannot score goals on its own. If I am not on the ice they do not score at all.

jsmoke03 thinks a career mode Hall of Fame is a must-have incentive:

if i could develop players to hall of famers, i might pay attention to drafts and may go for 2 or generations of players because i can win championships AND HALLOF FAMERS. double incentive makes better career mode

peppergreen says that money is the whole point:

In MLB 09 i just don't get a sense of wealth if i'm a big time player. Thing is i don't even have incentives to move to other teams unless its for playing time just because i want to stick with my favourite one. And i agree the 2k crib thing is a good one few yrs back, why can't I move to a penthouse or buy a lamborghini if i just signed a multi million dollar contract with some team? I want to be able to make choices based on success, to feel a sense of wealth when you become a star player. Thats what a career mode should about.

The token economy that is all token and no economy is a major factor. Why isn't the sims-like system put in place. Why can't we buy a nice house then earn more cash and buy a mansion. We could add anything to the mansion, throw parties where we meet marketing reps who place you in commercials. The commercials become mini-games. Why don't they have vehicles in the game that you can customize and drive around the virtual stadium. Drive to practice or games or physio. Imagine if we could by fishing gear and a yacht, depending on your salary earned. There is room for this idea. How about investing in real estate, condos mansions, decorate them upload them online where other athletes can purchase them. This would increase your cash. But the more time you spend in real estate or car detailing takes away from endorsement time or practice time.

Even kickers should get some love, says dantejones:

I was disappointed that NCAA lacked a kicker option in Campus Legend this year as it's pretty easy to manage and those rare opportunities you have a shot to tie/win a game with your leg is always exponentially more exciting and rare than with an offensive skill position.

Got any other thoughts on where career modes should head next? Let me know in the comments below. I know for a fact that developers are paying attention and curious to know what their fans are thinking.