Amazon is discounting the ultra-premium Xbox controller to $150, down from its usual price of $180.

Razer's limited-edition Boba Fett Xbox controller is now available at the lowest price we've ever seen. First released during the 2021 holiday season, the highly rated gamepad is listed on Amazon with a $30 price cut--just in time for The Book of Boba Fett's fourth episode to premiere. 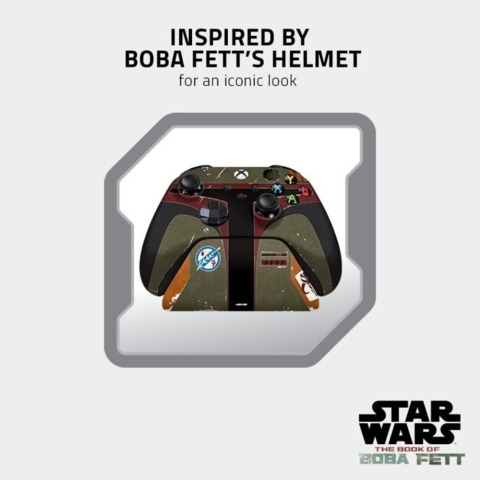 Featuring textured grips, compatibility with both Xbox Series X and Xbox One, a magnetic, quick-charging stand, and a gorgeous color palette inspired by Boba Fett, Razer didn’t cut any corners with its premium controller. You can also connect it to a Mac, PC, or smartphone via Bluetooth for a bit of mobile gaming.

All those features add up to an expensive product, although it’s a bit more manageable than usual thanks to its new $150 price tag.

The Boba Fett controller is officially licensed by Xbox, Lucasfilm, and Disney, and the overall build of the gamepad is exactly what you'd expect from Razer. If you're not a big Boba fan, you can also check out the limited edition Mandalorian controller, which boasts the same specs and reduced price, but instead features a metallic silver color scheme.