The Razer Kraken V3 Pro is the star of a show where the company diversified its offerings even more.

Razer is hosting Razercon 2021 today, bringing with it a bunch of new product announcements and simultaneous releases across the company's growing range of offerings. That includes a new gaming chair, wireless gaming headset, and the consistently teased facemask that will make you look like Bane with RGB. 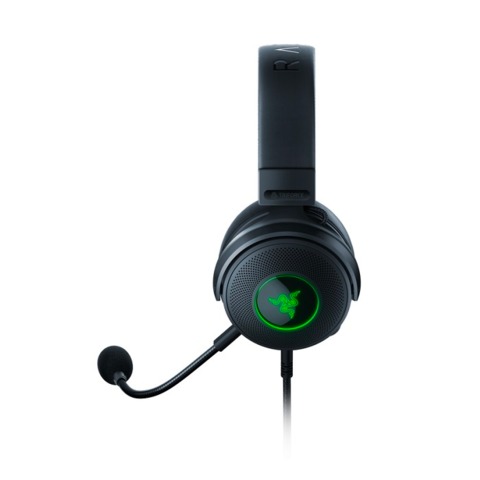 Perhaps the most interesting release to the largest number of Razer fans is the Razer Kraken V3 Pro. This is the first wireless iteration in this line, featuring a durable exterior that almost looks as rugged as a pair of Beyerdynamic DT 770 cans. It features Razer's HyperSense technology built-in, which will transmit haptic feedback according to the sound for what Razer believes is a truly immersive experience.

It would be nothing without some great drivers, and the Kraken V3 Pro upgrades existing offerings with new 50mm drivers that ship with THX Spatial Audio support. Although the design looks bulkier, Razer says the headset is lighter than all other Kraken models and thinner, too. The headset also features a detachable microphone and a customary razer Chroma RGB ring on each earcup, with the entire thing benefitting from the fast-charging times afforded by the USB-C port. 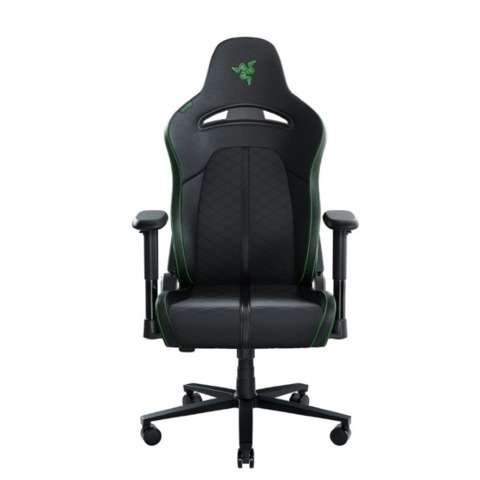 Also revealed today was a trio of new gaming chairs, with Razer introducing the new Razer Enki range. They come in three different versions at three different price points, starting with the Enki X at $299. This gaming chair features the familiar bucket-seat style design that most chairs of this ilk are designed around, along with 2D armrests and 152-degrees of recline for some near-horizontal positioning.

The standard Enki upgrades these base features with a 21-inch seat pan and built-in lumbar arch support. It also ships with a neck pillow, while the entire chair is finished in a dual-textured synthetic leather that Razer says is made without any harmful chemicals.

The Enki Pro is the chair you want if you love the look of the Enki but need a more premium finish. It ditches the synthetic leather for a combination of genuine Alcantara and a sustainable leatherette finish, as well as a dual-density back pillow that can further support your lumbar region. 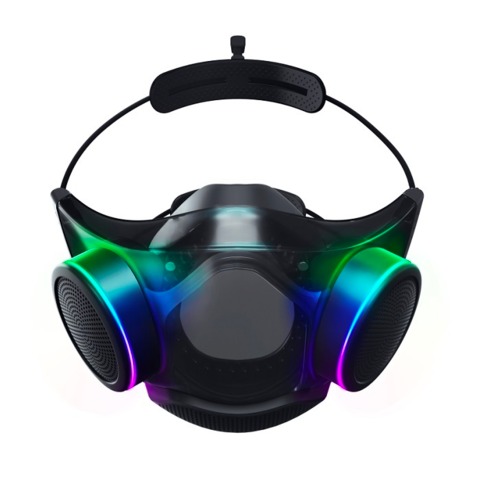 The last big announcement at Razercon 2021 was for a product that started as a simple prototype. When Razer received enough demand, it put the Razer Zephyr into production, with the facemask launching today for $99.

The Zephyr has been FDA-registered, with an N95 and a claim from Razer that its dual-filter system will last up to three times longer than traditional mask filters. That's good news, considering that Razer is charging $30 for a pack of ten filters when you eventually need to swap them.

The Zephyr features a dual-fan system that circulates filtered air into the mask while exhausting older air through the filters, providing you with crucial oxygen and a comfortable fit thanks to the ventilation. The translucent mouthpiece will also expose your emotions to the world again, which may or may not freak your friends out.

Of course, it also features standard Razer Chroma RGB, as well as a microphone that will amplify your voice to make communication easier. Razer says the filters are good for up to three days of use, meaning you can expect around a month with the full pack of ten that you can top up with separately. The Razer Zephyr is one sale now for $99.