The latest entry in Razer's popular line of Basilisk mice is out today for $70.

Razer's Basilisk range of mice is quickly becoming one of its best, with each new iteration offering many top-tier features for a rather budget-friendly price. That's no different with the latest version, the Razer Basilisk V3, which is headlined by one of the best features on one of its competitors mouse offerings. 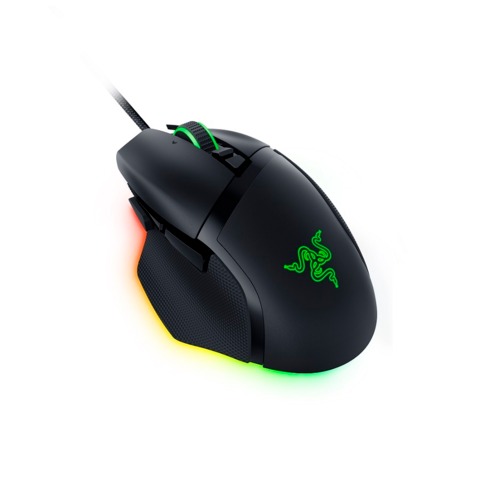 The biggest addition to the Basilisk V3 is a new, smart mouse wheel. It allows you to toggle between a tactile mode, which lets you feel each click of the wheel for precision, to a free-flowing mode that will make quick work of scrolling through a long document. It's a feature that Logitech has introduced into almost all of its premium mice, starting with the business and productivity-focused MX Master range and more recently in its gaming range with mice such as the G502 Lightspeed and more.

See at Razer
See at Amazon
See at Best Buy

I used this feature daily with both of my own Logitech mice, and I can tell you it's a game-changer if you've never experienced it. With the Basilisk V3, you can get a bit more granular with the settings for this wheel, too. You can alter how much resistance there is before the wheel automatically switches from tactile to free-scroll mode, or how much each notch in the wheel actually scrolls. You can also turn one mode off entirely if you want to depend on one or the other in a game.

Of course being a Razer mouse you also get a healthy dose of RGB powered by the company's Razer Synapse software. There are a total of 11 Chroma RGB zones that you can individually change if you're stressed about the glow that will emanate from your hand during use. You'll also get 10+1 programmable buttons--ten easy-to-access buttons on the face of the mouse and then an additional one on the bottom to switch between on-board profiles.

The Razer Basilisk V3 is on sale today at Razer's website and several retailers. It costs $70, which puts it in competitive company. Check out our guide to the best gaming mice on the market for a better view on other options out there.