Ubisoft goes multiplatform for delayed once-exclusive Wii U title, now releasing for Xbox 360, PlayStation 3, and Wii U in September 2013.

Rayman Legends will no longer be a Wii U exclusive, Ubisoft has announced. The follow-up to critical darling Rayman Origins will now be released on the Xbox 360, PlayStation 3, and Wii U.

Accompanying the announcement was news that the game's release date, for all platforms, will now be September 2013. The game was originally planned to launch with the Wii U in the UK, but was subsequently delayed to Q1 2013.

News of the delay and the loss of exclusivity for Rayman Legends will no doubt come as a blow to the Wii U software library. Nintendo recently apologised for a lack of software on the fledgling Wii U and touted new Mario and Zelda games to restore consumer confidence in the system.

The Xbox 360 and PlayStation 3 versions of Rayman Legends are being handled by Ubisoft Montpellier, the same team behind the Wii U version.

"We heard from many Xbox and PlayStation owners and Rayman fans who told us they really wanted to play Rayman Legends on their current system," said Ubisoft EMEA chief marketing & sales officer Geoffroy Sardin.

Ubisoft was one of the chief third-party supporters of the Wii U, but yesterday a Ubisoft studio head said that the Wii U system was hard to convey.

"We decided to give the fans what they wanted while at the same time broadening the audience exposed to this innovative and memorable game," added Sardin. 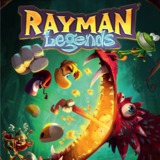