The critics have weighed in on Insomniac's latest Ratchet & Clank game.

The new Ratchet & Clank game, a re-imagining of the classic PlayStation 2 title for PlayStation 4, launches this coming Tuesday, April 12. Ahead of its arrival, reviews for the title have started to arrive online.

We've collected a sampling of review scores and editor opinions and rounded them up here to help you decide if the Insomniac-developed PS4 game is worth your time and money.

You can scroll down to see these reviews and commentary, and you can also visit GameSpot sister site Metacritic for more on Ratchet & Clank's critical reception.

Ratchet & Clank's release this week will be followed by a new Ratchet & Clank animated movie that comes to theaters on April 29 featuring voice talent from the game. The movie, like the game, is an origin story, showing how Ratchet and Clank met and their first adventure together.

"Ratchet & Clank is every bit as dynamic and fun as the 2002 original. It's endearing and entertaining, a veritable power fantasy fueled by rockets and carried by specialty gadgets. Re-introducing a classic franchise to a new generation is a difficult task indeed, but Ratchet & Clank is a shining example of how it can be done." -- Cassidee Moser [Full review]

"Ratchet and Clank is a culmination of everything Insomniac has done with the series over the past 14 years. It takes the characters that we fell in love with long ago, and sets them off on their most gorgeous quest yet. The deep and rewarding weapon system, beautiful and varied worlds, and charming-as-heck story make it an adventure that anyone with a PlayStation 4 should strap in for." -- Marty Sliva [Full review]

"Ratchet & Clank has always been a showpiece of new-gen technology, and while this entry's environments look a little retro, the detail in the characters and the explosion of bolts and gears are legitimate spectacles. The colors pop, the worlds feel more alien, and the heart of the adventure is right where it needs to be: with explosions and rockets lighting up the screen like a Fourth of July fireworks celebration. When Ratchet's doing what he does best (blowing stuff up), this new experience sings its classic tune well." -- Andrew Reiner [Full review]

"Ratchet & Clank is an easy recommendation. It's great fun, looks lovely, plays well and almost serves as a palate cleanser to the usual video game releases. Newcomers to the series will likely find a fresher experience (even though it's a proper remake, familiarity does creep in), but fans will love what Insomniac has done here. A remake done right in a series that rarely puts a foot wrong." -- Tom Orry [Full review]

"The core is intact, unchanged, and still spectacularly fun. As the saying goes, they don't make them like they used to. Ratchet & Clank argues that maybe they should." -- Steve Watts [Full review]

"There are some minor things to gripe about: the last fifth of the game feels a little padded out, you're only afforded one save file, and the final boss is predictably frustrating (I imagine he'll give younger players fits). But the good far outweighs the bad, and after some experimental entries on the PS3, Ratchet & Clank is a entertaining return to form for the series. This is a reboot done right, recapturing everything that made the original great and making substantial improvements for a new generation." -- Lucas Sullivan [Full review]

"Initially, I wasn't all that excited to hear about a Ratchet & Clank reboot, but having actually played it, I don't mind seeing a resurgence at all. This feels like a last-ditch effort for Sony to bring this series into the spotlight again, and honestly, I hope it works out." -- Chris Carter [Full review]

"Not every part of the Ratchet & Clank formula still shines, but this PS4 reboot is gold. Updated controls are the perfect way to experience bombastic, addictive firefights with awesome weaponry." -- Kyle Prahl [Full review] 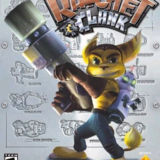