This morning, Microsoft announced that the PC port of its arcade-style rally racing game Rallisport Challenge is now available in North American stores. Developed by Sweden-based Digital Illusions, the game was first released for the Xbox last March, and it was announced for the PC at this year's E3 in Los Angeles.

Rallisport Challenge is also the first Xbox game that has been ported to the PC. For more on the game, be sure to take a look at our previous coverage. 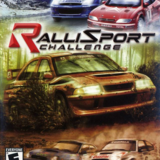